Return to the Wild Wild West? 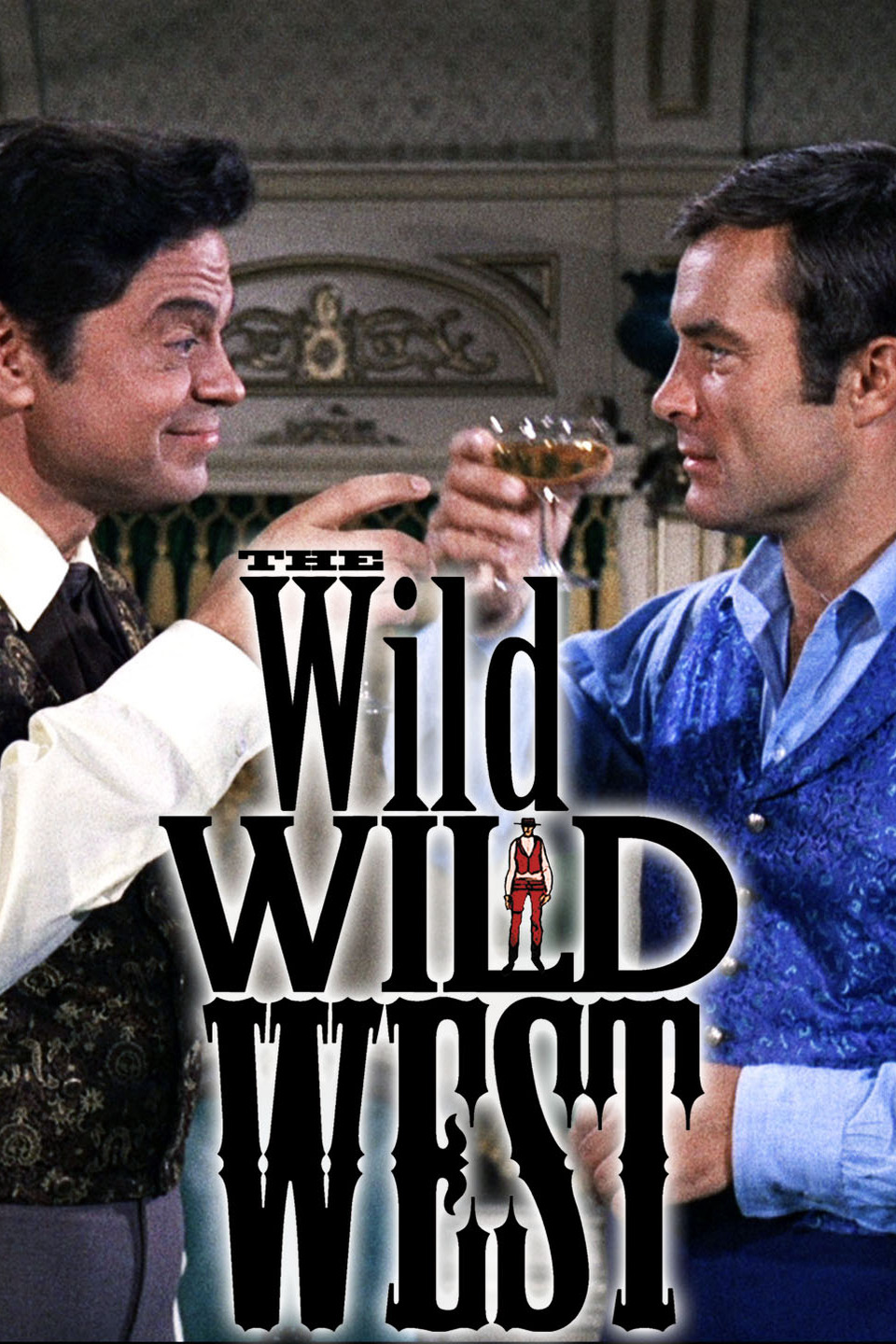 I said this a lot several months ago when counselling patients who had friends or family members test positive for Covid-19 with inaccurate antibody tests from China performed by a local doctor. In every article on antibody testing the phrase “Wild, Wild West” was used.  Finally, we have access to more accurate tests, albeit time consuming, with faster tests on the horizon.  All that may change with a switch in regulatory agencies.  The following article from The Washington Post tries to make sense of it all.

Trump administration bars FDA from regulating some laboratory tests, including for coronavirus

Some public health experts worry defective tests could end up on the market, but others cheer the change, saying it is long overdue

The Trump administration this week blocked the Food and Drug Administration from regulating a broad swath of laboratory tests, including for the coronavirus, in a move strongly opposed by the agency.

The new policy stunned many health experts and laboratories because of its timing, several months into a pandemic. Some public health experts warned the shift could result in unreliable coronavirus tests on the market, potentially worsening the testing crisis that has dogged the United States if more people get erroneous results. They argued the change is unlikely to solve current testing problems, which at this point are largely due to shortages of supplies such as swabs and chemical reagents.

But supporters cheered the change as long overdue, saying it could help get new and more innovative tests to market more quickly. They said that the FDA review process sharply slowed testing at the beginning of the pandemic and that the new policy could ensure such bottlenecks don’t recur.

Administration officials said the decision, announced Wednesday on the website of the Department of Health and Human Services, was made for legal reasons. They said the FDA lacks the authority to regulate laboratory-developed tests — a significant part of the market. The agency, they said, can only obtain that through a formal rulemaking process or legislation; those options are unlikely to occur any time soon. The officials spoke on the condition of anonymity to freely discuss the decision.

The change in policy came as a surprise to many at the FDA and was a point of intense disagreement between HHS Secretary Alex Azar and FDA Commissioner Stephen Hahn. Tensions have been rising between the two men for weeks, according to several people familiar with the situation who spoke on the condition of anonymity because they did not have clearance to talk about it. Hahn vociferously opposed the change, arguing the agency has the authority to regulate laboratory-developed tests during a public health emergency like the current pandemic, the individuals said.

The episode is the latest in which health agencies have been undercut by political overseers. On Wednesday, for example, President Trump blamed the FDA for not yet authorizing the emergency use of convalescent plasma, a promising but unproven treatment. “You have lot of people over there that don’t want to rush things. They want to do it after November 3rd,” he said in a White House press briefing.

But administration officials who defended the change said it was based on the law, not politics, and that it emanated from HHS as part of a review of the department’s covid-19 response. They said it was consistent with administration efforts to reduce unnecessary regulation.

“It’s safe to say this fits squarely into the ‘lessons learned’ category of the department’s response to covid,” said Brian Harrison, Azar’s chief of staff.

HHS officials also said they were unaware that the FDA began requiring emergency use authorizations, a kind of temporary approval, for laboratory-developed tests in February, after Azar declared a public health emergency.

FDA supporters said the agency has followed the same practice during previous public health emergencies, including the H1N1 pandemic in 2009 and the Zika outbreak in 2015 and 2016. They stressed that it is critical during health emergencies to make sure tests are accurate and not fraudulent.

The tests affected are those developed by and used at laboratories regulated under the Clinical Laboratory Improvement Amendments program, which is overseen by HHS’s Centers for Medicare and Medicaid Services. Such labs are in big academic medical centers, smaller commercial laboratories and big outfits such as Quest and LabCorp.

By contrast, tests manufactured by one company — such as Roche and Abbott, for example — and sold to labs and other firms are still regulated by the FDA and aren’t affected by the change.

The FDA regulation of laboratory-developed tests has long been a gray area. Technically, such tests include all those designed, manufactured and used within a single lab. But lab experts said there is no hard-and-fast definition. For years, the FDA has asserted authority over the tests but acted on it primarily during health crises. During the Obama administration, the FDA proposed tighter regulation in nonemergencies, a move that drew intense opposition from labs. But it didn’t implement the plan. However, during public health emergencies, the FDA requires developers of the tests to seek an emergency use authorization that allows regulators to review the tests for accuracy.

Some FDA backers inside and outside government worry the policy change may be a way to blame the agency for the February testing debacle that set the United States behind and allowed the virus to spread undetected for weeks.

In February, the administration was relying almost entirely on a test developed by the Centers for Disease Control and Prevention — which is standard practice during public health crises — but the test was faulty. It took three weeks for the FDA to loosen restrictions that allowed other tests — at that time, mostly laboratory-developed tests — to come to market. Azar was head of the coronavirus task force at the time. The move, FDA backers say, may be an effort to allow Azar to argue he took action, albeit belatedly, to improve testing.

There’s also concern within the administration, some current and former officials say, about possible congressional investigations similar to the 9/11 commission that would probe what went wrong with testing and why the administration was not better prepared. No one wants to be blamed, the officials said.

Throughout February, academic medical centers and others became increasingly vocal that the FDA was too slow and bureaucratic in reviewing laboratory-developed coronavirus tests. On Feb. 29, the agency responded by making changes that allowed the labs to start using their tests after validating them — but still required them to apply for emergency use authorizations. The FDA has since approved scores of such tests for the coronavirus and even more tests that are not laboratory-developed.

“I think it’s pretty concerning,” Patricia Zettler, a law professor at Ohio State University and a former associate chief counsel at the FDA, said of the change. She said she was especially worried that it came over FDA opposition. “It makes me worry that this is going to have negative public health implications. Why is this coming right now?”

Alberto Gutierrez, a former FDA official who served as director of the Office of In Vitro Diagnostics and Radiological Health, agreed.

But some lab experts say the change was long overdue.

“This is what we needed and asked for five months ago,” said Melissa Miller, director of the University of North Carolina Medical Center’s Clinical Molecular Microbiology Laboratory. If laboratories like hers had not had to submit applications to the FDA, “we would have been able to roll out and expand testing earlier in the pandemic,” she said.

The emergency use authorization “requirement meant well. But in my opinion was a disaster,” Michael Mina, an epidemiologist at the Harvard T.H. Chan School of Public Health, wrote on Twitter.

Administration officials who defended the change said that the tests still will be subject to CMS regulation and that the FDA will have the authority to take a bad test off the market.

Peter Lurie, a former top FDA official during the Obama administration, said CMS oversight is not sufficient to protect patients.

“I always worry about the FDA’s washing its hands of any particular class of medical product,” he said.

Laboratory groups expressed surprise about the change and said they were scrutinizing the new policy.

“I’m not certain why this reversal by HHS was done now, given the oversight process seemed to be working,” said Scott Becker, chief executive of the Association of Public Health Laboratories. “This move was needed early in the emergency, for sure. When this crisis passes, we need a thoughtful rethinking of test oversight because quality matters in a public health emergency, but so does timeliness.”