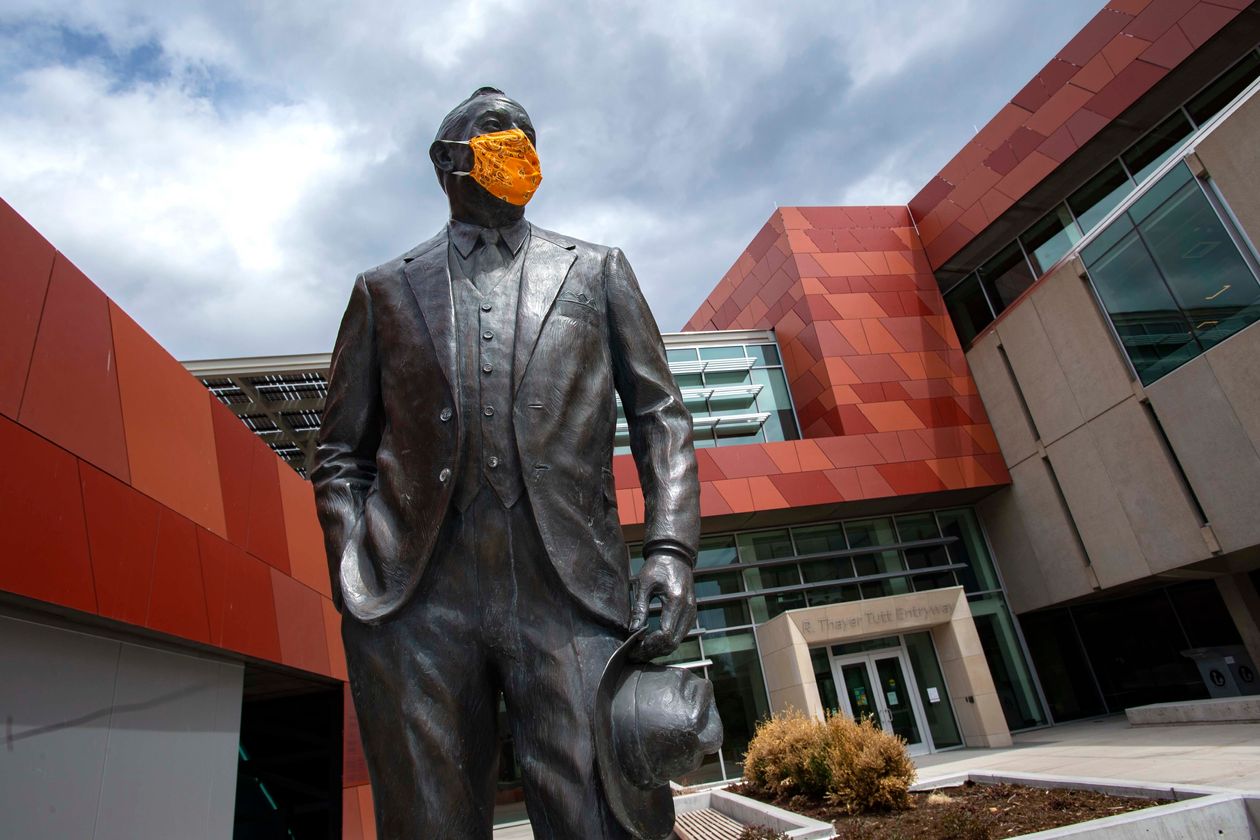 We knew that college students were going to get sick.  What we didn’t know is what the universities would do with them when they were. The following article is from today’s Wall Street Journal.

Colleges Send Students Home as Outbreaks Worsen. Are They Creating a New Coronavirus Threat?
Some experts say asymptomatic students could infect their families and communities, but schools fear devastating outbreaks

Colorado College in Colorado Springs took precautions against the spread of coronavirus, including putting some dorms under quarantine in recent days.

Administrators at California State University, Chico, determined late last month that coronavirus outbreaks in classrooms and residence halls could be catastrophic at the school. Its response: to send students back home.
Many schools have made similar decisions, including James Madison University, North Carolina State University, Colorado College and the State University of New York in Oneonta. Public-health officials worry that dispatching students to their hometowns, often without testing them before departure, could lead to new outbreaks around the country.
“Shipping the problem back to the community, where they can further spread, just doesn’t seem like the right answer,” said A. David Paltiel, a professor at the Yale School of Public Health. “Just because a kid is asymptomatic doesn’t mean it’s safe to send that kid home. They could be exposed and incubating. They could be in fact a ticking time bomb.”
Dr. Paltiel said the viral load rises steeply in the few days following exposure, and someone infected can transmit the virus to others starting around day three after exposure—before symptoms may present, if they ever present.

The campus at California State University, Chico, on Aug. 31 was mostly empty of people.

Vice President Mike Pence urged governors in a recent call to discuss isolation efforts with their university leaders.
“Even where you have test positivity on campuses, we want to encourage universities to have students remain on or near campus and minimize the potential exposure to the wider community,” he said, according to a recording of the call reviewed by The Wall Street Journal.
At Chico State, more than 90% of classes were already online, and the school had just about 750 students in residence halls. Another 8,000 to 10,000 are living near campus. The school didn’t test students on arrival, and testing of potentially symptomatic individuals has been led by local health officials.

By Aug. 30, there were nearly 30 cases on campus, with additional exposures “that could have an exponential and devastating effect on campus,” President Gayle Hutchinson wrote to the school community, announcing plans to reduce campus housing significantly.
The school isn’t sending home students who are currently in quarantine. More than 135 will stay in university housing because of hardships, and the school has worked with about 100 others to relocate to off-campus housing nearby.
Butte County, where Chico State is located, had been handling contact tracing for those who tested positive on campus. If students do test positive after heading home, Dr. Hutchinson said, “My guess is it would become part of their county public health responsibility.”
As of Thursday, Chico State had reported 102 cumulative cases since the beginning of August.
Juanita Mottley, Chico State’s pandemic manager and director of the campus health center, said the school has warned students about exposing family members and urged them to self-monitor for symptoms.
“There’s nothing we can really do about people who may be asymptomatic and continually shedding the virus,” she said.
Dr. Anthony Fauci, director of the National Institute of Allergy and Infectious Diseases, said on the “Today” show Wednesday that sending students home after outbreaks is “the worst thing you could do.”
He said schools should isolate infected or potentially infected students on campus instead.
Colorado College in Colorado Springs, Colo., put three dorms under quarantine after students in those residence halls tested positive for Covid-19. Between 75 and 100 students opted to quarantine back home; after getting instruction from county health officials, the school allowed parents to pick up their students with an agreement that they would drive straight home, no stopping, and be using a personal car.
So far, there have been about a dozen positive cases, mainly on campus, affecting less than 1% of the student population. No students who returned home reported symptoms or positive test results, said Brian Young, Colorado College’s chief technology officer and a member of the team overseeing the school’s coronavirus response
Temple University in Philadelphia said Thursday it would move classes online for the rest of the semester, after recording 211 active cases on campus—and another one off campus—and allow but not require students to move out of campus housing. The school currently has about 3,200 students living in dormitories and said it is too early to know how many will leave.
A spokesman said the school is allowing students to be tested before leaving Temple if they want.
In the call with governors, White House coronavirus coordinator Dr. Deborah Birx warned that sending even asymptomatic students home could cause a repeat of what happened in parts of the South in June, when young people traveled to vacation spots and outbreaks soon developed.
“College-age kids are the vector; they are the accelerator by which the virus can be amplified,” said Dr. Paltiel, the Yale professor.