A Virus Walks into a Bar 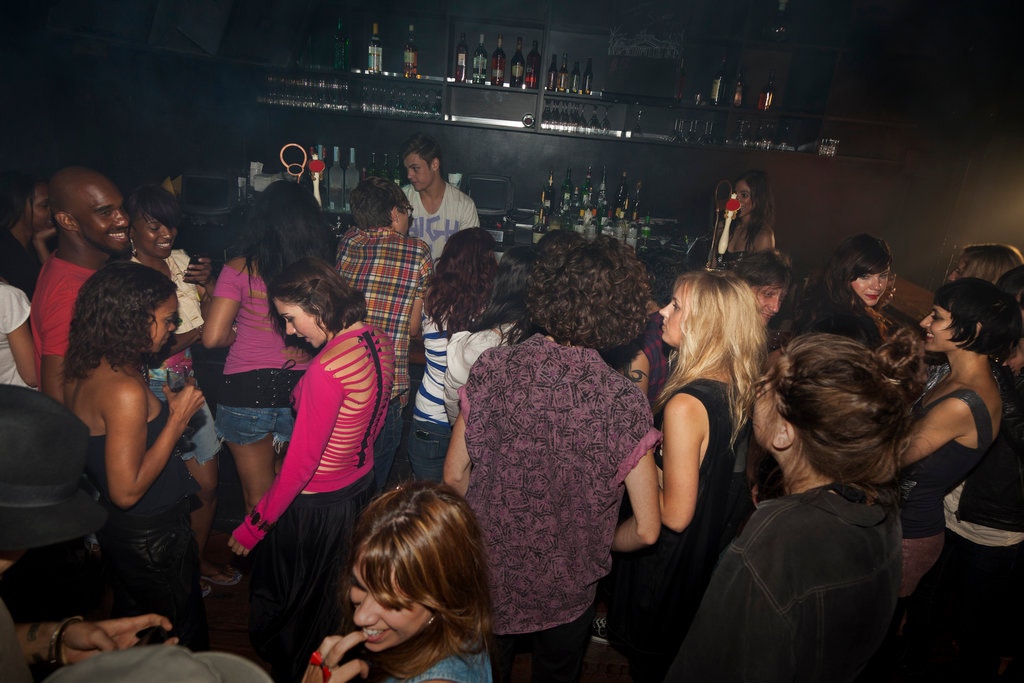 Here is an article from the NY Times that shows how a bar is the perfect environment for the spread of Covid-19.

Everything you love about your neighborhood bar — the ambience, the crowds, the music, the free-flowing alcohol — makes it the ideal place to catch Covid-19.

Around the country, bars are becoming a common source of coronavirus outbreaks. In Louisiana, at least 100 people tested positive for the virus after visiting bars in the Tigerland district, a popular destination for Louisiana State University students. In Idaho, health officials shut down bars in Ada County after reporting clusters of infections among young adults who had visited several bars in downtown Boise.

And several Florida bars are the source of large outbreaks. In Jacksonville Beach, a group of 16 friends went to a pub to celebrate a birthday — and within days all 16 tested positive for Covid-19. The Orlando Pride women’s soccer team was forced to withdraw from the upcoming National Women’s Soccer League tournament after six players and four staff members tested positive for Covid-19 — reportedly after younger players visited bars and nightclubs in the area that had reopened.

“Except for maybe a hospital with sick patients, I couldn’t imagine too many more risky places than a super cramped indoor bar with poor ventilation and hundreds of people,” said Dr. Asaf Bitton, executive director of Ariadne Labs at Brigham and Women’s Hospital and the Harvard T.H. Chan School of Public Health. “That to me is a concern from a public health perspective.”

What makes bars so risky? Every bar is different, but many bars are housed in dark, narrow, indoor spaces with no windows and little room to move around. Unlike restaurants, which can space tables far apart, bars typically have fixed bar stool seating along the bar and a layout that forces people to gather closely in clusters.

“People go to bars so they can drink and socialize with other people,” said Dr. Adaora A. Adimora, professor of medicine and epidemiology at the University of North Carolina School of Medicine in Chapel Hill. “They usually want to sit fairly close to each other so they can have intimate conversations. Most people are not going to want to sit six feet apart and yell.”

Long conversations in close contact are believed to play an important role in transmission of many viruses, including the novel coronavirus that causes Covid-19. Research shows that we can release up to 10 times more particles through speech than a cough. The pattern tends to hold up across languages, although for unknown reasons, a small fraction of individuals are “speech superemitters,” making them particularly risky for spewing a large volume of particles in close conversation.

Studies also show that the particles we emit during talking and loud speech are potentially more infectious than the larger droplets we expel during a cough or a sneeze. Smaller particles persist in the air for longer time periods before settling, increasing the risk that someone nearby could inhale them. Smaller particles also can travel further into the respiratory tract.

Studies using a special imaging mirror show how exhaled plumes during speech can easily reach another person’s breathing space during conversation. In the video, Dr. Julian W. Tang, a virologist at the University of Leicester, is having a normal-voice conversation with a student standing about one meter (about three feet) apart. The conversation was similar to “chatting over a beer or coffee,” he said. (The undulating background is caused by body heat.)

“You can see similar plumes exhaled from our nose and mouth, and how the airflow can be inhaled and exchanged between the two of us,” said Dr. Tang. “In a pub, bar or restaurant, if you’re sitting close enough to someone to smell their breath (garlic, curry or alcohol), you could be inhaling any exhaled virus, so this would be too close.”

Bars also tend to play loud music, which can prompt people to move closer together to talk, increasing risk for infection. “Bars have music, and you need to speak louder in order to be heard,” said Erin Bromage, a comparative immunologist and biology professor at the University of Massachusetts, Dartmouth. “You can’t social distance when it’s loud, and you need to move closer to hear a person.”

Dr. Bromage said he has advised bars trying to reopen that even if they move outdoors, they still should keep music levels very low. While quiet music changes the atmosphere, it also allows people to socialize without yelling and getting too close to each other’s faces.

Loud speech can be more risky for viral exposure than normal speech. Last year the journal Scientific Reports, published by Nature, reported that particle emission increases with the amplitude of speech. A person speaking quietly emits about six particles per second, while loud talking (without yelling) emits 53 particles per second. If a person has coronavirus, loud speech would increase the number of emitted particles and the risk of infecting another person nearby.

A spike in cases in South Korea shows the risks that barhopping can pose. In May, a 29-year-old man visited five bars and clubs in Itaewon, one of Seoul’s most popular nightlife districts. He later tested positive for coronavirus, and public health authorities have linked him to more than 100 cases of infection.