Will Work for Vaccine/Releasing More Vaccine 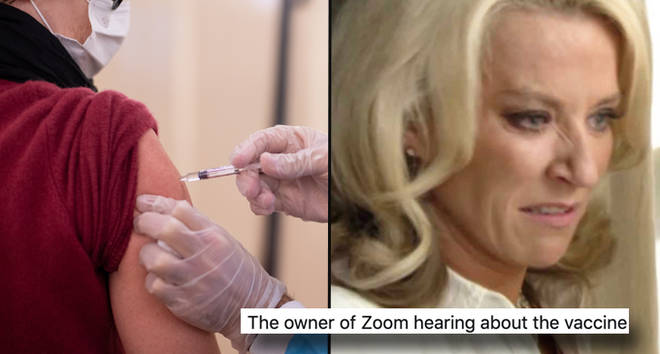 A friend told me that he is volunteering at the vaccine clinic at the Alamodome and that one of the perks of volunteering is that they vaccinate you. It’s called the Alamo Area Medical Reserve Corps.

I just received my second dose of Pfizer Covid 19 vaccine this morning.  It was similar to the first. Some colleagues had reported more soreness with the second dose, but I have yet to experience that. Millions of doses are being held to insure that there are second doses available for those who receive the first.  Apparently, the Trump administration is now confident enough of the supply chain that those doses will no longer be held.  Let’s hope they are correct.  Studies have not been done on the effectiveness of these new vaccines with longer intervals between the first and second doses. This is from today’s Wall Street Journal.

Coronavirus Vaccine Doses That Were Held Back Now Being Released

The Trump administration is releasing second doses of coronavirus vaccines that were reserved for booster shots and is urging states to give the vaccine to anyone age 65 and older, as well as to people with pre-existing health conditions, a shift in strategy that vastly expands the pool of those eligible for shots while presenting another hurdle for the logistics of administering the vaccine at state and local levels.

Starting in two weeks, doses will be allocated based on the pace that states say they are administering the vaccine, as well as the size of a state’s population of people age 65 and older.

Health and Human Services Secretary Alex Azar announced the plan on ABC’s “Good Morning America” on Tuesday. “We now believe that our manufacturing is predictable enough that we can ensure second doses are available to people from ongoing production. So everything is now available to our states and our health-care providers,” he said.

The government had been allocating about half of newly available doses from Pfizer Inc. and Moderna Inc. to states since the vaccine rollout began last month. Federal officials said there is enough supply to ensure booster shots will be available and that they won’t extend the current recommended dosing schedules.

States have been deciding who gets priority, with most giving the initial batch to doctors, nurses and other health-care workers, and they are having to prioritize among competing groups.

The shift in strategy came as the number of newly reported coronavirus cases in the U.S. edged down to more than 204,000 for Monday, according to data compiled by Johns Hopkins University, a decline from the previous day but still above 200,000 for the seventh day in a row. As a more infectious strain of the virus spreads world-wide, the U.S. government is expected to require all international airline passengers to show proof of a negative Covid-19 test before boarding flights to the country, people familiar with the matter said.

According to the Centers for Disease Control and Prevention, more than 25.4 million doses of vaccine have been distributed, but only 9 million Americans have received a shot.

Expanding vaccinations to people age 65 and older and individuals with medical conditions would be a sweeping change: At least 56% of persons aged 18-64 years report at least one high-risk medical condition, according to the CDC’s immunization advisory committee.

More than 100 million people have high-risk medical conditions, and about 53 million people are age 65 and older, according to the CDC. Examples of high-risk conditions include obesity, diabetes, chronic obstructive pulmonary disease, cancer, organ transplants, heart conditions and smoking, the agency has said.

Congress in late December approved about $8 billion in funding to states for their vaccination efforts, and some state leaders have said it will take weeks to hire the additional staff they need for expanded vaccination programs. The Trump administration has relied on the states to handle vaccine administration, but many state health departments say they are underfunded and already stretched thin coping with a surge in Covid-19 cases.

Vice President Mike Pence told governors on a phone call on Tuesday that the government has a sufficient supply of vaccines. The Wall Street Journal listened to a recording of the call.

“This is not a supply issue at this moment in time,” he said on the call. “We actually have more vaccines today in reserve than has been ordered by states to be administered.” He also said the administration was working with President-elect Joe Biden’s team.

The administration’s decision to release the additional doses of vaccine comes after it had initially criticized a plan from Mr. Biden to do the same once he takes office.

Mr. Azar said in a news conference Tuesday that teams will be available to help states with their mass vaccination efforts. “This next phase reflects the urgency of the situation we face,” Mr. Azar said.

More details about Mr. Biden’s vaccination plan are expected this week. They include establishing federally run vaccination sites, as well as mobile units that can travel to rural and underserved areas, and the launch of a national public awareness campaign around vaccine safety and guidelines, incoming White House press secretary Jen Psaki said last week.

“We clearly have enough vaccine at this point to begin to expand,” said CDC Director Robert Redfield, adding that urgency is growing as more areas exhibit exponential growth in cases. Most transmission, he said, is occurring in and between households rather than in public spaces. “We need to work all together now, it’s going to be a difficult January and probably February.”

Vaccinations have been an essential part of efforts to stop the rapid spread of the coronavirus across the U.S. While social distancing and mask wearing will still be critical, vaccinations protect against Covid-19.

The CDC is doing a deep dive on 64 jurisdictions to see why some areas of the country are doing well with administering the shots and others are lagging behind, Dr. Redfield said, and the agency expects to have an understanding of what is driving the differences by the end of the week.

The early weeks of the vaccine rollout have been marred by lines of seniors waiting for shots in Florida, pharmacies offering shots to anyone who happens to be in stores, and appointment websites crashing.

Some states, including Florida, have already opened vaccination up to people age 65 and older, but most haven’t.

In New York, Gov. Andrew Cuomo tweeted Tuesday that New Yorkers aged 65 and older were now eligible for the vaccine. Mr. Cuomo said in remarks Tuesday that the shifting Trump administration guidelines were making the job of states difficult, saying that the federal government wasn’t increasing doses and not being specific as to who, exactly, should get the shots.

“We receive 300,000 dosages per week, that has not changed. The federal government didn’t give us an additional allocation,” he said.

In Michigan, Gov. Gretchen Whitmer said on Tuesday that the Trump administration had granted a request by her state and eight others—California, Kansas, Illinois, Minnesota, New York, Wisconsin, Washington state and Oregon—to release millions of doses of vaccines after those states sent a letter requesting those doses. Ms. Whitmer said that her state was already vaccinating those 65 and older.

“Michigan and states across the country remain ready to get more shots in arms, which is why the Trump administration’s decision to grant our request and release millions of doses of the vaccine is so crucial,” Ms. Whitmer said in a statement.

If manufacturing projections previously put forth by companies hold up, Mr. Biden’s pledge to administer 100 million doses of Covid-19 vaccines during the first 100 days of his presidency should be possible, according to manufacturing and supply chain experts.

Pfizer developed its vaccine with Germany’s BioNTech SE, which is slated to bring on a new manufacturing plant by the end of next month, earlier than planned, BioNTech said this week. The companies this week raised their global forecast of manufactured doses by 700 million to 2 billion.

Pfizer is confident it can deliver 200 million doses to the U.S. by the end of July, and is ramping up production and is committed to working with the Biden administration to make vaccines available, a spokeswoman said.

“It was very, very challenging to be able to come to that point,” Pfizer Chief Executive Albert Bourla said at the JPMorgan Health Care Conference on Tuesday. “It’s almost equally difficult to scale up manufacturing at that level so fast as it was to develop the vaccine.”