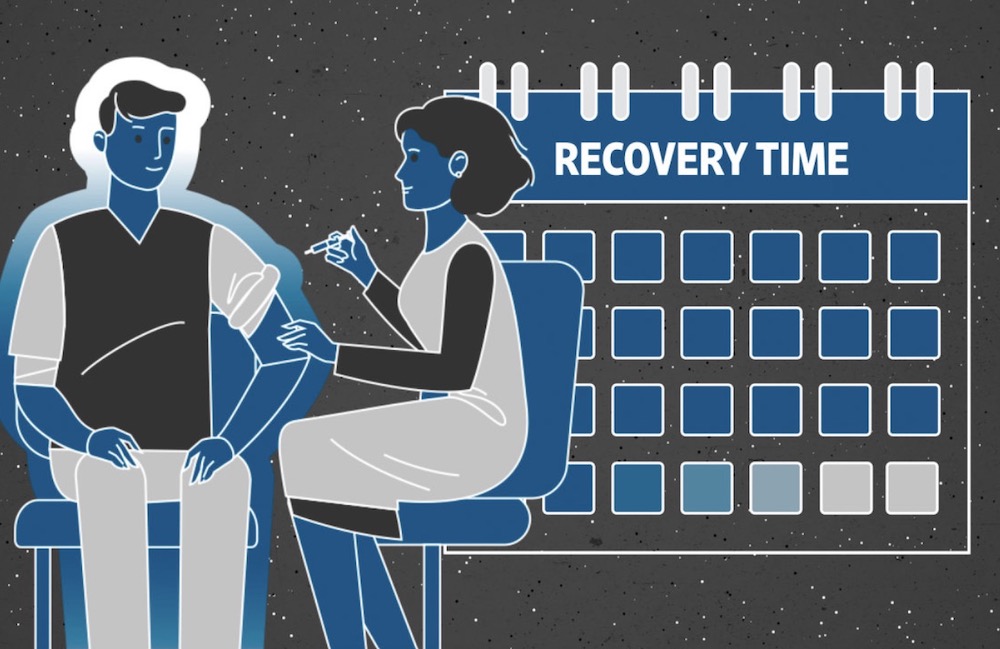 The debate over whether boosters are needed continues as outlined in yesterday’s New York Times article. Don’t assume that you will be lining up for a booster on September 20th.  It is still more important to get more people vaccinated than people with more vaccines.

Federal regulators warned on Thursday they may not have enough data to recommend boosters for anyone except certain recipients of the Pfizer vaccine by late September.

By Sharon LaFraniere and Noah Weiland

WASHINGTON — Top federal health officials have told the White House to scale back a plan to offer coronavirus booster shots to the general public this month, saying that regulators need more time to collect and review all the necessary data, according to people familiar with the discussion.

Dr. Janet Woodcock, the acting commissioner of the Food and Drug Administration, and Dr. Rochelle P. Walensky, who heads the Centers for Disease Control and Prevention, warned the White House on Thursday that their agencies may be able to determine in the coming weeks whether to recommend boosters only for recipients of the Pfizer-BioNTech vaccine — and possibly just some of them to start.

The two health leaders made their argument in a meeting with Jeffrey D. Zients, the White House pandemic coordinator. Several people who heard about the session said it was unclear how Mr. Zients responded. But he has insisted for months that the White House will always follow the advice of government scientists, wherever it leads.

Asked about the meeting, a White House spokesman said on Friday, “We always said we would follow the science, and this is all part of a process that is now underway,” adding that the administration was awaiting a “full review and approval” of booster shots by the F.D.A. as well as a recommendation from the C.D.C.

“When that approval and recommendation are made,” the spokesman, Chris Meagher, said, “we will be ready to implement the plan our nation’s top doctors developed so that we are staying ahead of this virus.”

Less than three weeks ago, Mr. Biden said that contingent on F.D.A. approval, the government planned to start offering boosters the week of Sept. 20 to adults who had received their second shot of the Pfizer-BioNTech or Moderna vaccine at least eight months ago. That would include many health care workers and nursing home residents, as well as some people older than 65, who were generally the first to be vaccinated. Administration officials have said that recipients of the single-dose Johnson & Johnson vaccine would probably be offered an additional shot soon as well.

Mr. Biden cast the strategy as another tool that the nation needed to battle the highly contagious Delta variant, which has driven up infection rates, swamped hospitals with Covid-19 patients and led to an average of more than 1,500 deaths a day for the past week, according to a New York Times database. “The plan is for every adult to get a booster shot eight months after you got your second shot,” he said on Aug. 18, adding: “It will make you safer, and for longer. And it will help us end the pandemic faster.”

But the announcement of a late September target date for starting the booster campaign set off alarm bells inside the F.D.A. — apparently playing a role in decisions by two of its top vaccine regulators, announced this week, to leave the agency this fall.

Both Dr. Woodcock and Dr. Walensky helped draft the plan and publicly endorsed it. Some public health experts have said that by doing so, they increased pressure on scientists weighing the evidence for boosters in their respective agencies to go along with the administration’s strategy.

“Now those agencies are in a box,” said Dr. Steven Joffe, a professor of medical ethics and health policy at the University of Pennsylvania. “We want doctors and scientists and the public to trust in the recommendations and decisions that are made, to be able to point to the F.D.A. and C.D.C. doing their due diligence.”

Privately, Dr. Woodcock had argued that it was risky to set a firm date for a booster rollout before regulators had a chance to thoroughly review the data, some of which had yet to be submitted by the vaccine manufacturers, and decide whether shots were safe

And since the White House announced the booster plan in mid-August, they said, new hurdles appeared.

Among the reasons for delaying is that regulators need more time to decide the proper dosage for a possible third Moderna shot. The company’s application asking the F.D.A. to authorize a booster shot contains insufficient data, one federal official familiar with the process said. Other data expected from Johnson & Johnson has not been delivered.

Nor has the raw data that the F.D.A. has been seeking from Israel, which is already giving boosters to everyone 12 and older. Israeli officials say their data shows that the potency of Pfizer’s vaccine wanes over time against severe disease and hospitalization, but that a third shot significantly bolsters protection. The F.D.A. wants to see the underlying data, to make sure it backs up summaries that the Israeli government has provided.

Narrowing the booster plan could confuse the public and create a perception that federal vaccine policy is in some degree of disarray. But some public health experts will most likely welcome it.

They have been arguing strenuously that the administration lacks the data to justify a broad rollout of extra shots and should instead concentrate on vaccinating the roughly 25 percent of Americans who are eligible for shots but remain unprotected. And some have said that senior Biden officials, including the leaders of health agencies, wrongly cornered regulators by announcing a strategy before they could conduct a full review.

Regulators are only beginning to review critical data that will help them determine if and how boosters should be given. Pfizer completed its booster application to the F.D.A. last week, and Moderna said on Friday that it had just completed its own.

The two vaccine regulators who announced that they would be leaving the agency this fall — Dr. Marion Gruber, who directs the agency’s vaccines office, and her deputy, Dr. Philip Krause — have told people there was not nearly enough data to justify offering extra shots to the general population starting in just weeks. Dr. Gruber is set to depart in October, and Dr. Krause in November.

More friction may lie ahead. On Sept. 17, the F.D.A.’s outside advisory committee is scheduled to publicly review Pfizer’s data supporting a booster shot. Even though Pfizer has asked the F.D.A. to approve booster doses for people 16 and up, the agency could decide to restrict who gets a booster. The C.D.C. and its outside advisory panel would also have to weigh in.

One key member of the F.D.A.’s advisory panel, Dr. Paul A. Offit, the director of the Vaccine Education Center at Children’s Hospital of Philadelphia, argues boosters are premature. “There is no compelling reason to get a third dose” now, he said in an interview on Thursday.

He said the administration had appeared to expect that the F.D.A. and the C.D.C. would rubber-stamp its booster timeline. “Bypassing and marginalizing those agencies led veterans who you need in this pandemic to leave the F.D.A.” he said, referring to the departures of Dr. Gruber and Dr. Krause.

Various studies have shown that the potency of the Pfizer-BioNTech and Moderna vaccines ebbs against infection over time, but suggest that the vaccines continue to offer robust protection against severe illness and hospitalization.

But Dr. Vivek Murthy, the surgeon general, said in an interview on Thursday that a few studies have suggested a dip in protection against severe disease over time. “Our feeling was that if we waited several more months, we would see protection against hospitalizations and deaths break down,” he said.

In an interview published Thursday on WebMD.com, Dr. Woodcock echoed that view, saying that the trend of breakthrough infections had led health officials to believe at some point, “we are going to see hospitalizations and more serious disease” among fully vaccinated people. When that happens, she said, “we want to be ready” with the booster plan.

Some Americans are already getting booster shots before F.D.A. approval: More than a million fully vaccinated people have received an additional dose since mid-August. The agency authorized vaccines for some people with weakened immune systems on Aug. 12; it is unknown how many of the people who have gotten extra doses are in that group.

Sharon LaFraniere is an investigative reporter. She was part of a team that won a Pulitzer Prize in 2018 for national reporting on Donald Trump’s connections with Russia. @SharonLNYT

Noah Weiland covers the coronavirus pandemic as a health reporter in the Washington bureau of The New York Times. He was part of a team that won a Pulitzer Prize in 2021 for its coverage of Covid-19. He grew up in East Lansing, Mich., and graduated from the University of Chicago. @noahweiland