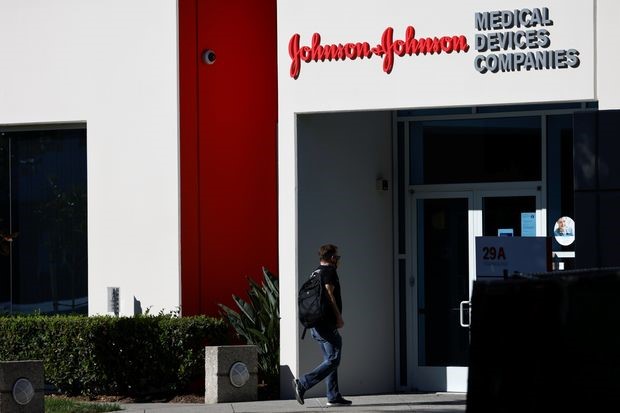 One of the most disheartening aspects on the pandemic is the amount of time physicians have to spend responding to the disinformation that is constantly being fed to patients.  That some people benefit financially from spreading this bilge is especially hard to accept.  There is a certain irony to some of the talk show hosts that are ardent anti-vaxxers dying from the disease.  I was sent this article from Vanity Fair which describes multiple cases where this has occurred.

Will the passing of on-air opponents of pandemic mitigation efforts have any effect on their audiences?

Conservative radio hosts all across America are losing their lives for the cause. In the past month alone, five talk radio personalities who were vocal COVID-19-deniers, anti-vaxxers, or anti-maskers have all died after contracting the virus. Most recently was WNDB’s Marc Bernier, a late Daytona, Florida, talk radio host who dubbed himself “Mr. Anti-Vax” in December while assuring his listeners “I’m not taking it.” True to his word, Bernier contracted COVID-19 roughly three weeks ago and his death was announced over the weekend by his radio station––which had awkwardly acknowledged his on-air “anti-vaccine” commentary just before his passing. (WNDB was contacted for clarification regarding its COVID-19 safety policies but the station did not respond.)

Though it might be assumed some right-wing media figures are simply feeding into the anti-vax frenzy to gin up outrage and ratings, the spate of recent deaths makes clear that, for a number of them, opposition to safe, effective vaccines and other pandemic mitigation efforts isn’t just talk. Such radio rants against efforts to stop the pandemic come as Republican men, a large segment of the talk radio audience, have been shown to be particularly resistant to getting vaccinated.

On August 4, Newsmax fill-in host and longtime conservative talker Dick Farrel died from a “severe damage” from COVID-19 after spending the last weeks of his life claiming that the vaccine is “Bogus Bull [Shit],” referring to the pandemic as a “SCAM DEMIC,” and suggesting that the delta variant is an elaborate ruse orchestrated by Anthony Fauci to keep Americans fearing for their lives. “Why take a vax promoted by people who lied [to you] all along about masks, where the virus came from and the death toll?” he wrote in a July 3 Facebook post. Upon contracting the virus, Farrel was suddenly not willing to die for his previously held convictions, as one of his close friends, Amy Leigh Hair, claimed that he encouraged her to get the shot shortly before his death, saying that COVID-19 “is no joke and then he said: ‘I wish I had gotten [vaccinated]!’”

But instead of taking scientifically backed precautions beforehand, Farrel opted to ask his Facebook followers if “hydroxychloroquine from Canada” is safe in early July after stating, “When a gubberment denies u access to HCQ [it’s] obvious they want you dead.” It appears that Farrel was convinced that masks and vaccines weren’t saving Democratic politicians––or “dummy craps,” as he called them––from COVID-19, but rather that they had access to hydroxychloroquine while banning others from taking it. In a statement to the Post, a Newsmax spokesperson noted that Farrel “was a popular radio host in Florida and always a friend of Newsmax. We mourn his passing and hope everyone can learn from his unnecessary death the importance of getting vaccinated.”

On August 11, Tod Tucker, a pro-Trump radio programmer, died “following the onset of viral pneumonia as the result of COVID-19,” according to his employer. Tucker had previously mocked the idea of receiving the vaccine, allegedly writing in a March Facebook post, “Please stop bragging that you got your COVID vaccine. What do you want us to say? ‘Congratulations lab rat?!’” Within days of Tucker’s death, religious radio host Jimmy DeYoung Sr. was hospitalized for COVID-19 and died not long after, according to the Daily Beast. In February, DeYoung told his listeners that the COVID-19 vaccine could “be another form of government control of the people” during a segment on his show in which he and his guest regurgitated conspiracy theories about Pfizer using the vaccine to commit mass sterilization.

Nashville talk radio host and vaccine skeptic Phil Valentine allegedly expressed regrets after being hospitalized with COVID-19. In a blog post, Valentine had advised those who are not in the “high-risk” demo to not get the vaccine, and bet that his odds of dying from COVID-19 were “way less than one percent.” But in late July, Valentine found himself in a “very serious condition, suffering from COVID pneumonia” and suddenly reversed his stance on vaccines, according to his family members. “Phil would like for his listeners to know that while he has never been an ‘anti-vaxer’ he regrets not being more vehemently ‘pro-vaccine,’” his radio station 99.7 WTN shared in a statement. “[He] looks forward to being able to more vigorously advocate that position as soon as he is back on the air, which we all hope will be soon.” On August 21, Valentine’s employer announced that he had passed away.

Interestingly, Cumulus Media, which owns the station that Valentine worked for, quietly issued a company-wide vaccine mandate less than two weeks after Valentine’s COVID-19 diagnosis captured national attention, according to RBR+TVBR. On August 11, Cumulus CEO Mary Berner stated in a video message to all employees that everyone who works in Cumulus Media’s corporate offices must be fully vaccinated by October 11. However, it is unclear if this mandate applies to the group’s local stations like WTN. Berner has not discussed the mandate in public statements and a Cumulus spokesperson told RBR+TVBR last month that “The company is not commenting” publicly. Neither Cumulus Media nor WTN replied to requests for comment regarding employee vaccine requirements.

Over the weekend, Joe Rogan, another professional talker who has suggested that his listeners, if young and healthy, should not get vaccinated, contracted COVID-19. On Wednesday, the podcaster, who hosts The Joe Rogan Experience on Spotify, shared an Instagram video detailing his experience, during which he acknowledged turning to an unproven treatment regimen that the FDA and CDC have strongly advised against. “We immediately threw the kitchen sink at it. All kinds of meds,” explained Rogan, while failing to say whether or not he is vaccinated. “Monoclonal antibodies, ivermectin, Z-Pak, prednisone, everything. And I also got an NAD drip and a vitamin drip.” Ivermectin, a drug commonly sold as a livestock dewormer, has “made some people very sick,” the FDA recently warned in response to the wave of Americans who have used it in misguided attempts to treat COVID-19. “Treating human medical conditions with veterinary drugs can be very dangerous,” the agency continued. “The drug may not work at all, or it could worsen the illness and/or lead to serious, potentially life-threatening health complications.” In the spring, Rogan was rebuked by Fauci for advising young people against getting the COVID-19 vaccine. “If you’re like 21 years old, and you say to me, ‘Should I get vaccinated?’ I’ll go, ‘No,’” Rogan said on an April episode of his podcast: “If you’re a healthy person and you’re exercising all the time and you’re young and you’re eating well, I don’t think you need to worry about this.”

Elsewhere in the conservative-radio world, Erick Erickson, who hosts a nationally syndicated talk show out of Atlanta, condemned the National Religious Broadcasters for firing its spokesperson, Daniel Darling, after he appeared on MSNBC to advocate for evangelicals to get vaccinated. “For [the National Religious Broadcasters] to fire Dan for reasonable advocacy of vaccinations is a pretty damning indictment on the organization,” Erickson wrote in an August tweet. He has also called on anti-vaxxers within the religious community to stop pushing disinformation, writing on Twitter, “If you publicly identify yourself as a Christian and say the vaccine doesn’t work, you need to repent for lying. I don’t care whether you get the vaccine or not, but lying about it is sinful.”

But Erickson’s pro-vaccine commentary is an exception among his peers. In July, Mark Levin, one of the most popular talk radio hosts in the U.S., responded to the massive summer outbreak spike by suggesting that getting vaccinated is now pointless. “Even the vaccinated will get the delta variant. Right?… So what’s the point of being vaccinated?” said Levin, who did acknowledge that he is vaccinated. (When I emailed Levin for clarification on his vaccine stance, the host replied, “You’re a sick bastard.”)

It makes me wonder if Tucker Carlson is vaccinated.