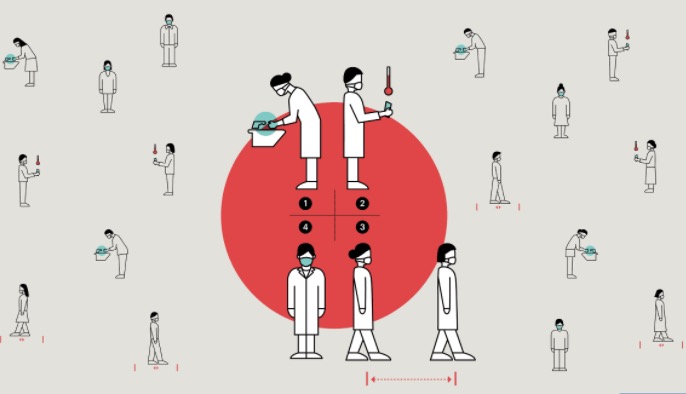 Here’s a view of what’s happening in the Northeast followed by a local update. Courtesy of the New York Times and the San Antonio Report.

San Antonio could see a “short-lived” spike in COVID-19 cases due to the BA.2 subvariant of omicron, according to Dr. Bryan Alsip, chief medical officer at University Health.

However, cases and hospitalizations aren’t rising at the rate they were compared to the previous wave, he said.

BA.2, which the World Health Organization classifies as a variant of concern, now makes up an estimated 86% of infections in the U.S., according to data from the Centers for Disease Control and Prevention.

Locally, BA.2 made up 53% of samples sequenced in Bexar County from March 20 through April 4, said Dr. Marjorie David, director of the Molecular Diagnostic Laboratory at UT Health.

That’s up from less than 8% at the beginning of March, according to the lab’s COVID-19 genome sequencing surveillance dashboard.

The lab, within UT Health’s Department of Pathology, is the only one in the county where pathologists perform genome sequencing to determine variants of the coronavirus.

“We know it’s here and we know it’s spreading,” said Alsip. However, he pointed out, “Our susceptibility to the virus has probably changed.”

The variant, immunity and vaccines all play a part in that change, he said.

Variants’ symptoms present differently as they evolve. BA.2’s symptoms are mild, similar to a cold, he said. Some may experience sore throat or congestion. Other times, there may be a low grade fever or more severe symptoms, such as shortness of breath.

This can be confusing as some experience cold or allergy symptoms, which is similar to what may present in the BA.2 subvariant.

“The good news is we have these rapid tests that you can take at home,” said Alsip. “More people can check and make sure they don’t have COVID, so that they’re responsible for addressing their infection.”

“The good news is [the vaccine] really does prevent severe illness, and then you add on top of that, there is some natural immunity conferred from previous infection,” said Alsip.

Alsip warned against depending on that immunity, however, as it wanes over time.

Some groups remain at risk, even during low levels of transmission, including the severely immunocompromised and children under the age of 5, who are not yet eligible for vaccines.

According to the Metropolitan Health District’s COVID-19 weekly vaccination report, only 35.7% of the population aged 5 years and over have received a booster dose in Bexar County. That mirrors nationwide booster rates, Alsip said.

Unlike live virus vaccines, such as measles or mumps vaccines, the COVID-19 vaccine is an inactive vaccine that does not host a live virus. For that reason, it doesn’t last as long as other vaccines, Alsip explained, encouraging booster doses of the covid vaccine.

Lack of interest in booster doses could lead to more infections, he warned.