Will Taking Nexium Increase My Risk of Getting Covid-19? 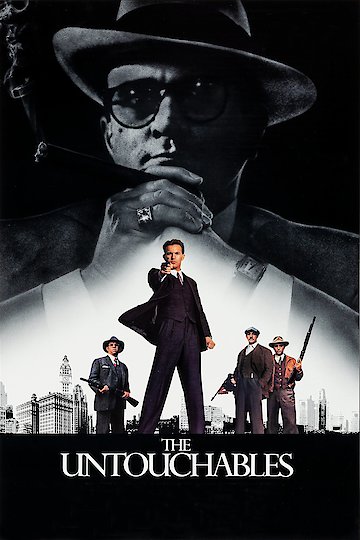 Ennio Morricone died this week.   What does that have to do with Nexium and other proton pump inhibitors?  Stay with me.   Ennio Morricone was a composer probably best known for his haunting score of The Mission.  Here is a synopsis of his accomplishments.

Ennio Morricone, OMRI[1] (Italian: [ˈɛnnjo morriˈkoːne]; 10 November 1928 – 6 July 2020) was an Italian composer, orchestrator, conductor, and trumpet player who wrote music in a wide range of styles. Morricone composed over 400 scores for cinema and television, as well as over 100 classical works. His score to The Good, the Bad and the Ugly (1966) is considered one of the most influential soundtracks in history[2] and was inducted into the Grammy Hall of Fame.[3] His filmography includes over 70 award-winning films, all Sergio Leone‘s films since A Fistful of Dollars, all Giuseppe Tornatore‘s films since Cinema Paradiso, The Battle of Algiers, Dario Argento‘s Animal Trilogy, 1900, Exorcist II, Days of Heaven, several major films in French cinema, in particular the comedy trilogy La Cage aux Folles I, II, III and Le Professionnel, as well as The Thing, Once Upon a Time in America, The Mission, The Untouchables, Mission to Mars, Bugsy, Disclosure, In the Line of Fire, Bulworth, Ripley’s Game and The Hateful Eight.[4]

I thought of him this week when I saw a bit of The Untouchables, director Brian de Palma’s movie about Elliot Ness who was played by Kevin Costner. His instructor was Sean Connery, a Scotsman playing an Irish cop, Jim Malone, who taught Elliot Ness the ways of Chicago.  Here is an example of his wisdom:

Jim Malone:
You just fulfilled the first rule of law enforcement: make sure when your shift is over you go home alive. Here endeth the lesson.

Every bit of wisdom ended with that phrase, “Here endeth the lesson”.

A friend sent me an email with the following study:

An independent, dose-response relationship was seen between proton pump inhibitor use and COVID-19 positivity, according to a study published in the American Journal of Gastroenterology.

“We found that PPI use, particularly twice-daily dosing, is associated with increased odds for reporting a positive COVID-19 test, even after accounting for a wide range of sociodemographic, lifestyle, and clinical variables,” Christopher V. Almario, MD, MSHPM, from the department of Medicine at Cedars-Sinai Medical Center in Los Angeles, told Healio Gastroenterology. “Our findings continue to emphasize that PPIs should only be used when clinically indicated at the lowest effective dose.”

PPI use, in particular  twice-daily dosing was correlated with increased odds for reporting a positive COVID-19 test.

Researchers performed a population-based, online survey of 53,130 patients from May 3 to June 24, 2020 to determine if PPIs increased the risk for COVID-19 among community-dwelling Americans. They used multivariable logistic regression to report on a positive COVID-19 test to adjust for confounding factors.

“This study does not mean that people on PPIs should just stop their medicines,” Brennan M.R. Spiegel, MD, MSHS, professor-in-residence of medicine and public health at Cedars-Sinai Medical Center, David Geffen School of Medicine at UCLA and UCLA Fielding School of Public Health, told Healio Gastroenterology. “PPIs work and, in most cases, their benefits outweigh the risks. As always, the decision about whether, when, and how to modify PPI dosing should be based on a thoughtful assessment of the risk-benefit ratio for individual patients. As with any medication, the lowest effective dose should be used when clinically indicated, and, when appropriate and consistent with best-practice guidelines, H2RAs may also be considered as an alternative treatment for acid-related conditions.”

SO, SHOULD I QUIT TAKING MY NEXIUM?  Maybe, but this is one of the weakest types of medical studies, one based on a survey.  There is a hierarchy to medical proof: 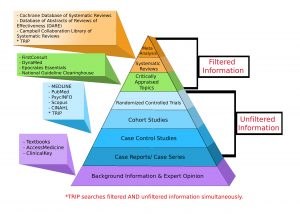 Surveys didn’t even rank on the bottom of the pyramid!

Proton pump inhibitors may increase the risk of certain diseases like C. dif (clostridium dificile) or pneumonia (in the first few weeks of taking it) and maybe even Covid-19, but the evidence for the latter is very weak. Proton pump inhibitor were the subject of a number of observational studies over the years.  They were associated with kidney disease and Alzheimer’s disease, but there was never any proof of cause and effect.  Interest was lost in a large part because there was no plausible mechanism and the rates of kidney disease and Alzheimer’s disease did not spike in users of these drugs.

Take the lowest dose necessary and for the shortest period of time.  That’s always good advice.  If you are concerned, check with your doctor. Some other options are:

Consider taking it every other day.

Consider switching to an H2 blocker like famotidine.  Ranitidine is not presently available due to Chinese production problems.  These drugs usually require twice a day dosing versus the proton pumps inhibitors which are usually once a day.

BUT REMEMBER NOT ALL MEDICAL STUDIES ARE THE SAME!