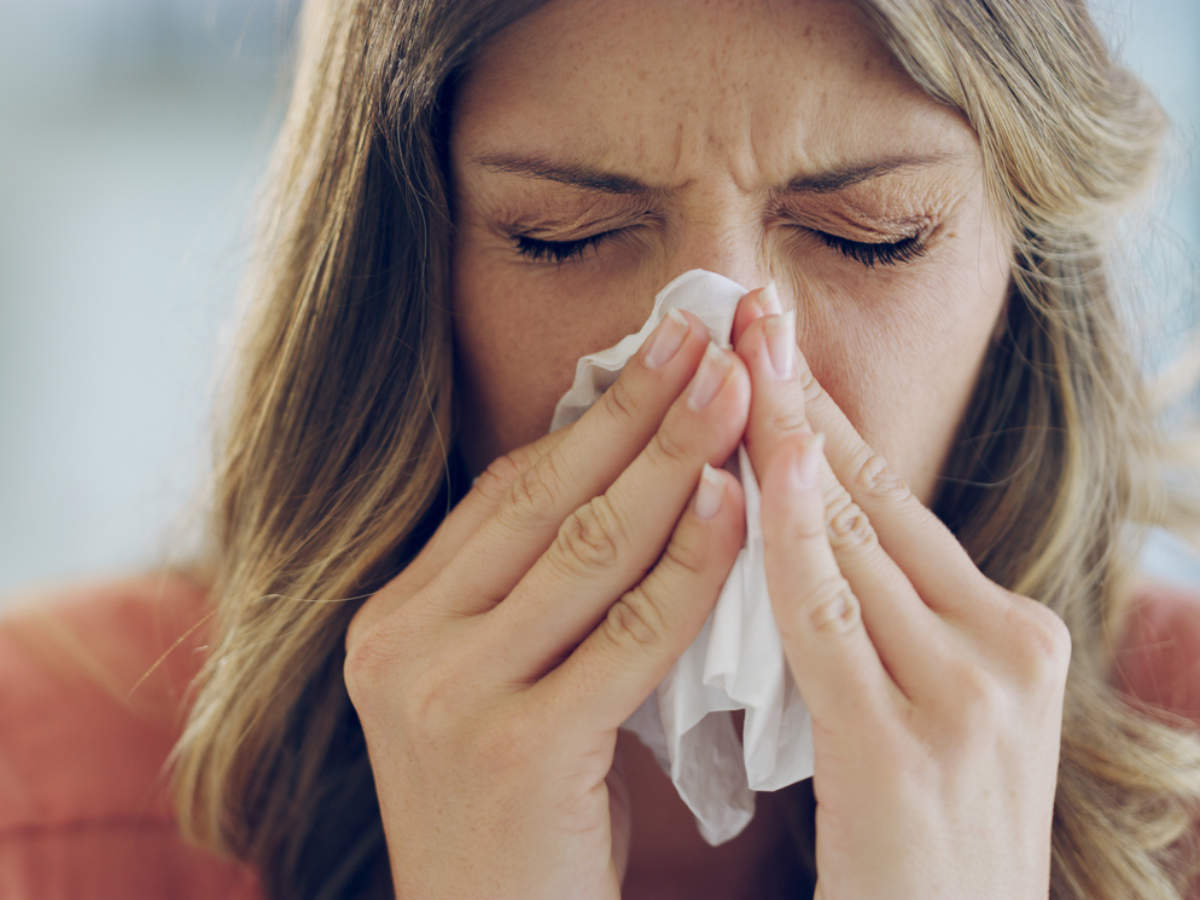 The Flu season is off to an early start this year.  Respiratory Syncytial Virus is also on the rise and while it usually affects children it also causes disease in adults and kills about 14,000 people a year.  Covid 19 is holding steady with a new case in the practice about every day or so.  Nationwide, 363 people a day on average are still dying of Covid.  In spite of this the Center for Disease Control has relaxed masking recommendations for hospitals and many physicians think this is ill timed. https://www.self.com/story/face-masks-health-care-settings-cdc.

For now, it makes sense to me to remained mask in a medical office when you are in close proximity to people who are potentially sick.  Here are the CDC’s guidelines followed by an article from the New York Times on the Tripledemic.

When SARS-CoV-2 Community Transmission levels are not high, healthcare facilities could choose not to require universal source control.  However, even if source control is not universally required, it remains recommended for individuals in healthcare settings who:

Individuals might also choose to continue using source control based on personal preference, informed by their perceived level of risk for infection based on their recent activities (e.g., attending crowded indoor gatherings with poor ventilation) and their potential for developing severe disease.  For example, if an individual or someone in their household is at increased risk for severe disease, they should consider wearing masks or respirators that provide more protection because of better filtration and fit to reduce exposure and infection risk, even if source control is not otherwise required by the facility.  HCP and healthcare facilities might also consider using or recommending source control when caring for patients who are moderately to severely immunocompromised.

If you want to read it all, here is the link. https://www.cdc.gov/coronavirus/2019-ncov/hcp/infection-control-recommendations.html

For more than two years, shuttered schools and offices, social distancing and masks granted Americans a reprieve from flu and most other respiratory infections. This winter is likely to be different.

With few to no restrictions in place and travel and socializing back in full swing, an expected winter rise in Covid cases appears poised to collide with a resurgent influenza season, causing a “twindemic” — or even a “tripledemic,” with a third pathogen, respiratory syncytial virus, or R.S.V., in the mix.

Cases of flu have begun to tick up earlier than usual, and are expected to soar over the coming weeks. Children infected with R.S.V. (which has similar symptoms to flu and Covid), rhinoviruses and enteroviruses are already straining pediatric hospitals in several states.

“We’re seeing everything come back with a vengeance,” said Dr. Alpana Waghmare, an infectious diseases expert at Fred Hutchinson Cancer Center and a physician at Seattle Children’s Hospital.

Most cases of Covid, flu and R.S.V. are likely to be mild, but together they may sicken millions of Americans and swamp hospitals, public health experts warned.

“You’ve got this waning Covid immunity, coinciding with the impact of the flu coming along here, and R.S.V.,” said Andrew Read, an evolutionary microbiologist at Penn State University. “We’re in uncharted territory here.”

The vaccines for Covid and flu, while they may not prevent infection, still offer the best protection against severe illness and death, experts said. They urged everyone, and especially those at high risk, to get their shots as soon as possible.

Older adults, immunocompromised people and pregnant women are most at risk, and young children are highly susceptible to influenza and R.S.V. Many infected children are becoming severely ill because they have little immunity, either because it has waned or because they were not exposed to these viruses before the pandemic.

R.S.V. causes about 14,000 deaths among adults 65 and older and up to 300 deaths among children under 5 each year. No vaccine is available, but at least two candidates are in late-stage clinical trials and appear to be highly effective in older adults. Pfizer is also developing an antiviral drug.

“As of today, we are seeing equal numbers of Covid, flu and R.S.V. and that’s really concerning because we are very early for flu and R.S.V. activity,” said Dr. Diego Hijano, a pediatric infectious disease specialist at St. Jude Children’s Research Hospital.

Coronavirus cases are low, but are beginning to rise in some parts of the country. Several European countries, including France, Germany and Britain, are experiencing an uptick in hospitalizations and deaths, prompting experts to worry that the United States will follow suit, as it has with previous waves.

Some of the coronavirus variants that are picking up momentum are adept at dodging immunity and drugs such as Evusheld and Bebtelovimab, which are especially important for protecting immunocompromised people.

People with weakened immune systems “remain at risk even despite getting all of the recommended or even additional doses of vaccine,” Dr. Waghmare said.

Public health experts are particularly concerned about a constellation of Omicron variants that seem to dodge immunity from the vaccines and even from recent infection better than previous variants did.

The latest booster vaccines made by Pfizer and Moderna were designed for the variants that dominated this summer but not for these newer variants. Still, they raise antibody levels overall, and should help stave off severe symptoms and abridge the duration of illness, said Aubree Gordon, an epidemiologist at the University of Michigan.

The BA.5 variant was the most immune evasive variant until recently, but it is rapidly being replaced by others, including two that show an even greater ability to sidestep immunity.

One of them, known as BQ.1.1, is the leading candidate for causing a winter wave, and it has already sent cases soaring in Europe. Although it and a closely related variant called BQ.1 together account for only about 11 percent of cases in the United States, their share has grown rapidly from just 3 percent two weeks ago.

A combination of two Omicron subvariants called XBB has been fueling a wave of cases in Singapore, among the most highly vaccinated nations in the world. Its subvariant XBB.1 has just arrived in the United States. Another variant, called BA.2.75.2, is also highly immune evasive and causes more severe disease, but is so far responsible for less than 2 percent of cases nationwide.

Most of the other variants don’t appear to cause more severe symptoms than earlier versions of the virus, but the trend toward immune evasiveness is likely to continue, experts said.

“Now things have shifted with the massive degree of immunity that people have against previous variants,” said Cornelius Roemer, a computational biologist in Richard Neher’s group at the University of Basel.

The Food and Drug Administration has authorized boosters designed for BA.5 for all Americans 5 and older, but so far, only a small fraction of people who qualify for a shot have received one. Fewer than one in three children ages 5 to 11 has completed even the primary series of Covid vaccines.

That may change as people see a rapid rise in cases, Dr. Gordon said.

Signs of a bad flu season

Before the coronavirus walloped the world, flu viruses sickened millions each winter, and killed tens of thousands of Americans. In the 2018-2019 season, the flu was responsible for 13 million medical visits, 380,000 hospitalizations and 28,000 deaths.

Flu season in the southern hemisphere, typically between May and October, is highly predictive of winters in the northern hemisphere. This year, flu began weeks earlier than usual in Australia and New Zealand, and the number of cases and hospitalizations were markedly higher.

Dr. Gordon tracks influenza rates among children in Nicaragua, which has one flu season in June and July, and a larger one in the late fall. More than 90 percent of the population was considered fully vaccinated against Covid by January 2022, and many people had also gained immunity from one or more infections.

Still, the country saw high rates of both Covid and influenza in the first half of this year. Influenza rates among children were higher than in the 2009 flu pandemic, and the children were sicker on average than in previous years. “We saw a lot of hospitalizations,” Dr. Gordon said.

In the United States, flu typically begins to pick up in October and runs through March, peaking sometime between December and February. But in some states, this year’s season is already underway.

Some southern states are also reporting a rise in the use of ventilators. In New York, health officials declared early this month that flu was already widespread in the state.

Public health experts urged Americans, especially those at high risk, to get a flu shot before cases rise much higher. Like the Covid vaccines, the flu vaccine may not be a perfect match for the circulating variant, but even so, it roughly halves the risk of hospitalization in both children and adults.

Antibodies kick in roughly two weeks after a shot, so a vaccine now may in fact extend protection through the winter wave better than one received in September.

Last year, flu vaccination rates decreased slightly in all age groups compared with the previous year, according to an analysis by the C.D.C. The vaccination rate for children 6 months to 4 years of age, who are at high risk, showed the biggest drop — to 67 percent from 75 percent before the arrival of the coronavirus.

The lower rate may be because mistrust of Covid vaccines has spilled over to those for the flu, or simply because parents have forgotten the danger flu poses to young children. It is too soon to tell whether the numbers will improve this year.

Older adults and immunocompromised people should get both Covid and flu shots, public health experts said. Healthy young adults may also want to opt for both vaccines if they don’t want to get sick or cannot afford to miss work, or to protect others around them who are at higher risk.

Yet flu vaccination rates were much lower in these groups. Vaccine coverage also declined by about 9 percentage points from the previous year in pregnant women across all racial and ethnic groups.

In February 2020, Dr. Gordon was preparing to talk to her 7-year-old daughter’s class about the coronavirus when a boy in the class died of an infection with influenza B virus.

“Most of the time it doesn’t make you very sick, but sometimes it can,” Dr. Gordon said of the flu. “We do have an effective vaccine against influenza, so I’d encourage people to go get vaccinated.”