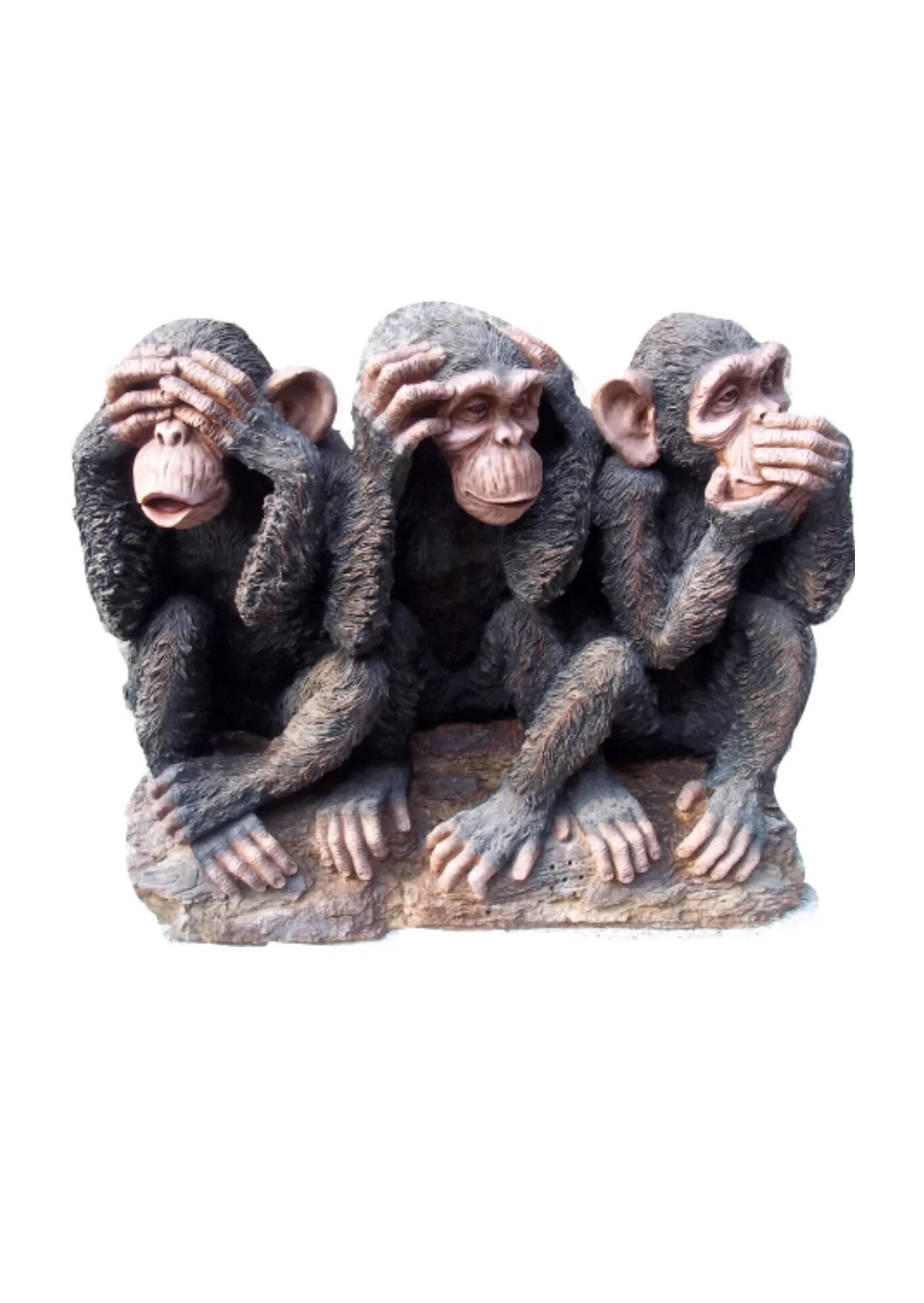 As I mentioned in a previous post, small molecule treatments for viral illnesses, those that can be put in a pill, take years to develop. Large molecule treatments like monoclonal antibodies are easier to develop quickly, but less convenient to administer. In the case of Covid 19, we were fortunate to have the drug,  paxlovid, that had been developed years earlier for a previous coronavirus on the shelf.  In the case of monkeypox, there is an experimental drug that was developed years ago to treat smallpox that looks promising and clinical trials are rapidly being developed.  Here is an interesting article on the subject from today’s New England Journal of Medicine.

In 1988, the human immunodeficiency virus (HIV) was rapidly spreading worldwide and disproportionately devastating certain communities, most notably gay, bisexual, and other men who have sex with men. Even after promising new pharmacologic therapies were finally developed, the existing processes for approving their use in humans were painfully slow. Spurred by the AIDS Coalition to Unleash Power (ACT UP) and other advocacy groups, federal scientists and policymakers worked with affected persons to find a way forward that balanced two ethical imperatives: honoring the right of people with serious illness to access potentially beneficial treatment and upholding the responsibility of the health care and public health communities to ensure that those treatments were safe and effective. The result was improvements to the regulatory process designed to accelerate access to and expedite approvals for drugs that treat a serious disease.

Now, 34 years later, we are faced with an uncannily similar situation. An unprecedented outbreak of monkeypox has emerged, which at present is disproportionately affecting men who have sex with men in numerous countries where the disease is not endemic, including the United States. Although not as life-threatening as HIV, monkeypox can cause serious illness, including ocular involvement, soft-tissue superinfections, and excruciating anogenital lesions.1 In the current situation, there is a drug — tecovirimat, available for clinical use under an expanded-access protocol (https://www.cdc.gov/poxvirus/monkeypox/clinicians/obtaining-tecovirimat.html. opens in new tab) — that might conceivably speed resolution of monkeypox illness and improve outcomes yet poses the same conundrum: how to manage compassionate access to a drug whose safety and efficacy in humans have not been established. Since smallpox and monkeypox are caused by the same genus of viruses, to better understand the role that tecovirimat might play in our response to the monkeypox outbreak, it is important to understand the basis for its approval by the U.S. Food and Drug Administration (FDA) for the treatment of smallpox and the knowledge gaps that remain.

Tecovirimat is an antiviral drug that was approved for the treatment of smallpox disease under a regulation known as the “Animal Rule.”2 This pathway allows for approval of drugs for serious or life-threatening conditions when it is not ethical to conduct efficacy studies in humans and not feasible to conduct field trials to study the effectiveness of a drug or biologic product. Under the Animal Rule, efficacy is established on the basis of adequate and well-controlled studies in animal models of the human disease or condition of interest; safety must be adequately evaluated in people.

Since smallpox is an eradicated disease and conducting efficacy studies in humans would be neither ethical nor feasible, the Animal Rule was the only regulatory pathway for approving a product for the treatment of smallpox. Smallpox is a severe and highly lethal human illness caused by variola virus, a member of the orthopoxvirus genus of viruses. Animal studies using variola virus, including nonhuman primate models, are not consistently reproducible and require unnaturally high viral challenge doses; moreover, variola virus infection in animals does not mimic human smallpox disease. In addition, studies of variola virus present substantial feasibility challenges because research involving the virus is restricted to two maximum-containment laboratories located in the United States and Russia.

Therefore, tecovirimat’s efficacy for the treatment of smallpox was established, and the drug approved, on the basis of studies in animal models using related orthopoxviruses — specifically, nonhuman primates infected with monkeypox virus and rabbits infected with rabbitpox virus. In these studies, survival rates were markedly higher among animals that received tecovirimat than among those that received placebo. Safety in humans was evaluated by assessing adverse reactions in healthy volunteers who received tecovirimat. The recommended dose of tecovirimat for the treatment of smallpox in humans was established by comparing plasma concentrations of the drug in healthy volunteers with those in animal models at doses that had been shown to have full effectiveness against monkeypox and rabbitpox. The recommended duration of therapy in humans was also based on findings from studies in animals and in healthy people.

In contrast to smallpox, monkeypox disease remains endemic in some parts of the world (primarily West and Central Africa), and researchers can design clinical trials that would be both ethical and feasible. Although there are case reports of using tecovirimat to treat patients with monkeypox and other non-variola orthopoxvirus infections, these data are insufficient to demonstrate efficacy. Animal studies may be compelling,3 but efficacy observed in animals does not always translate directly into efficacy observed in humans in subsequent clinical trials.4 Safety data for tecovirimat could be obtained from persons with monkeypox illness rather than just healthy volunteers. Thus, studies in humans with monkeypox are both needed and possible.

To that end, and before the onset of the current outbreak, the National Institutes of Health (NIH) had initiated planning for a randomized, controlled trial (RCT) in the Democratic Republic of Congo (DRC) to evaluate the safety and efficacy of tecovirimat in treating monkeypox. However, the current worldwide outbreak involves a different clade of monkeypox virus than that which generally causes monkeypox infection in the DRC, and some of the clinical manifestations of the current outbreak (substantial anogenital and oral mucosal involvement with resultant severe pain) and affected populations at this time (men who have sex with men) differ from those in countries where monkeypox is endemic.1 Therefore, the NIH is now also developing a U.S.-based RCT to assess the safety and efficacy of tecovirimat for the treatment of monkeypox disease. This trial will be conducted by the AIDS Clinical Trials Group, the research network that was established in the late 1980s to rapidly assess the safety and efficacy of antiretroviral drugs for HIV infection. We anticipate that these trials will provide data needed for clinical and regulatory decision making in the United States.

We recognize that monkeypox can cause severe disease and that tecovirimat has been shown to have efficacy in animal models of monkeypox and an acceptable safety profile in healthy people. Therefore, while RCTs are under development, the Centers for Disease Control and Prevention (CDC) and the FDA have worked together to streamline the expanded-access process by reducing paperwork and data collection,5 and we will continue to fine-tune these mechanisms with input from health care providers using this process. In parallel, we believe that it remains critical to conduct RCTs in the United States to determine whether tecovirimat is a safe and effective treatment for monkeypox disease, especially given the disease’s clinical presentation in the current outbreak. As was the case with antiretrovirals for HIV in the 1980s, without data from RCTs, we will not know whether tecovirimat would benefit, harm, or have no effect on people with monkeypox disease. The CDC, the FDA, and the NIH will continue to work together to provide access to tecovirimat for compassionate use while appropriately evaluating its safety and efficacy in RCTs.