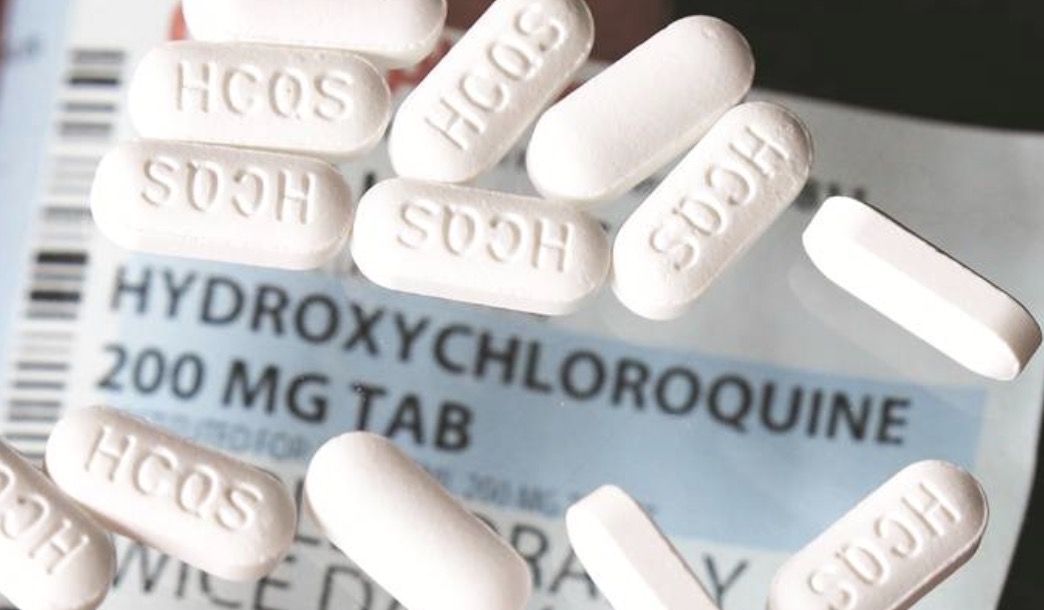 The latest and most comprehensive assessment on the use of chloroquine in treatment of Covid-19 was published yesterday in The Lancet.  Here is an article in the Washington Post (it was on Fox News too) followed by  a link to the original article.  Bottom line: It doesn’t help and it increases the risk of death.

Antimalarial drug touted by President Trump is linked to increased risk of death in coronavirus patients, study says
An analysis of 96,000 patients shows those treated with hydroxychloroquine were also more likely to suffer irregular heart rhythms

A study of 96,000 hospitalized coronavirus patients on six continents found that those who received an antimalarial drug promoted by President Trump as a “game changer” in the fight against the virus had a significantly higher risk of death compared with those who did not.

People treated with hydroxychloroquine, or the closely related drug chloroquine, were also more likely to develop a type of irregular heart rhythm, or arrhythmia, that can lead to sudden cardiac death, it concluded.

The study, published Friday in the medical journal Lancet is the largest analysis to date of the risks and benefits of treating covid-19 patients with antimalarial drugs. Like earlier smaller studies, it delivered disappointing news to a world eager for promising treatments for the novel coronavirus as the global death toll grows to more than 300,000. While doctors have refined how they treat the disease, they have yet to discover a magic bullet against a pathogen for which humans have no known immunity.

“It’s one thing not to have benefit, but this shows distinct harm,” said Eric Topol, a cardiologist and director of the Scripps Research Translational Institute. “If there was ever hope for this drug, this is the death of it.”

David Maron, director of preventive cardiology at the Stanford University School of Medicine, said that “these findings provide absolutely no reason for optimism that these drugs might be useful in the prevention or treatment of covid-19.”

President Trump stunned many doctors earlier this week when he said he was taking hydroxychloroquine “every day” — despite FDA warnings that the use of the drug should be limited to those in a hospital setting or in clinical trials. He has since said he is close to finishing his course of treatment and would stop taking the medication in “a day or two.”

At a White House press briefing Friday, Deborah Birx, who is coordinating the government’s coronavirus response, deflected a question about the president’s use of the drug, and added the Food and Drug Administration “has been very clear on their website about their concerns about hydroxychloroquine.”

The Lancet analysis — by Mandeep Mehra, a Harvard Medical School professor and physician at Brigham and Women’s Hospital, and colleagues at other institutions — included patients with a positive laboratory test for covid-19 who were hospitalized between Dec. 20, 2019, and April 14, 2020, at 671 medical centers worldwide. The mean age was 54 years, and 53 percent were men. Those who were on mechanical ventilators or who received remdesivir, an antiviral drug made by Gilead Sciences that has shown promise in decreasing recovery times, were excluded.

Mehra said in an interview that the widespread use of antimalarials for covid-19 patients was based on the idea of “a desperate disease demands desperate measures,” but that we have learned a hard lesson from the experience about the importance of first doing no harm.

In retrospect, Mehra said, using the drugs without systematic testing was “unwise.”

“I wish we had had this information at the outset, as there has potentially been harm to patients,” he said.

Nearly 15,000 of the 96,000 patients in the analysis were treated with hydroxychloroquine or chloroquine alone or in combination with a type of antibiotics known as a macrolide, such as azithromycin or clarithromycin, within 48 hours of their diagnosis. The study is a retrospective analysis of their medical records, rather than a controlled study in which patients are divided randomly into treatment groups — the method considered the gold standard of medicine. But the sheer size of the study was convincing to some scientists.

And the difference between those who received the antimalarials and those who did not was striking.

Claims about hydroxychloroquine to treat covid-19 have gained traction despite a lack of scientific evidence. How did this happen? (Elyse Samuels, Meg Kelly, Sarah Cahlan/The Washington Post)
Cardiologist Steven Nissen of the Cleveland Clinic said the new data, combined with data from smaller previous studies, suggests that the drug “is maybe harmful and that no one should be taking it outside of a clinical trial.”

Jesse Goodman, a former FDA chief scientist who is now a Georgetown University professor, called the report “very concerning.” He noted, however, that it is an observational study, rather than a randomized controlled trial, so it shows correlation between the drugs and certain outcomes, rather than a clear cause and effect.

Peter Lurie, a former top FDA official who now heads the Center for Science in the Public Interest, called the report “another nail in the coffin for hydroxychloroquine — this time from the largest study ever.”

He said it was time to revoke the emergency use authorization issued by the FDA, which approved the drug for seriously ill patients who were hospitalized or for whom a clinical trial was not available.

FDA spokesman Michael Felberbaum said Friday the agency generally “does not comment on third-party research” but that an emergency use authorization may be revised or revoked under certain circumstances, such as when there are linked or suspected adverse events, new data about effectiveness, or changes in the risk-benefit assessment of the drug. Last month, the agency warned against the use of the drug outside hospital settings or clinical trials citing reports of “serious heart rhythm problems.”

There have been at least 13 studies in recent months on hydroxychloroquine or chloroquine as a treatment for covid-19 patients. They have included randomized controlled studies and observational analyses encompassing patients on the continuum from mild illness to those near death. Evidence of any benefit, such as viral clearance or improved symptoms, has been almost nonexistent. But many found an increased risk in adverse cardiac reactions — especially when combined with the antibiotic azithromycin.

Earlier this month, backers of the president’s views on antimalarials seized on a study out of NYU Langone Health that gave hospitalized coronavirus patients zinc combined with hydroxychloroquine and azithromycin. Those in the treated group had a higher rate of survival, but researchers emphasized the study was focused on zinc and whether hydroxychloroquine would enhance the supplement’s anti-viral effects. They emphasized their findings were tentative and could have been due to factors other than the drugs, especially since zinc was added to patients’ regimens later in the pandemic when hospital treatments and procedures had been refined.

Last week, the National Institutes of Health announced a randomized, placebo-controlled clinical trial of hydroxychloroquine and azithromycin involving 2,000 adults dealing with their illness at home. In April, NIH launched a different randomized trial of the drug cocktail in hospitalized patients.

Topol, of the Scripps Research Translational Institute, suggested that the researchers should reconsider the ethics of those trials, given the increasing evidence of potential harm. “It’s very hard to ignore that signal, and it’s worrisome to continue giving it,” he said.

Geoffrey Barnes, a cardiovascular specialist at the University of Michigan, said the study’s approach and its findings were “striking” in making the case that “the risk with these drugs is real.” However, he said that due to the enthusiasm some Americans have for the drug and the Lancet study’s findings, randomized trials are even more important.

“There has been so much discussion about this drug that I think the scientific and medical community has an obligation to define what the potential benefit or risk is in the best way possible,” Barnes said.

Some scientists have expressed alarm at the politicization of science in the debate over the use of antimalarial drugs. The Lancet, one of the world’s oldest and best-known journals, also published an unsigned editorial last week criticizing Trump’s “inconsistent and incoherent national response” to the pandemic, and urging Americans to “put a president in the White House come January, 2021, who will understand that public health should not be guided by partisan politics.”

When the first large wave of sick patients began showing up at hospitals in March, doctors had very little to offer them. As a result, many took a gamble on hydroxychloroquine. The drug had been shown to have strong antiviral properties in cell cultures, was widely available and was thought to be rather benign in terms of side effects. For years, hydroxychloroquine has been considered a generally safe and effective treatment for malaria, lupus and rheumatoid arthritis.

But those findings of safety were at lower doses than were being used at hospitals during the early days of the surge in patients in the United States and mostly in patients who were healthy. The population infected with covid-19 in hospitals, it turned out, was already at higher risk of cardiovascular complications because many suffer from high blood pressure or other heart issues. Doctors also discovered that, to their surprise, the novel coronavirus appeared to directly or indirectly attack the heart, including by reducing its ability to pump, creating an imbalance in its electrical rhythms, and attacking blood vessels.