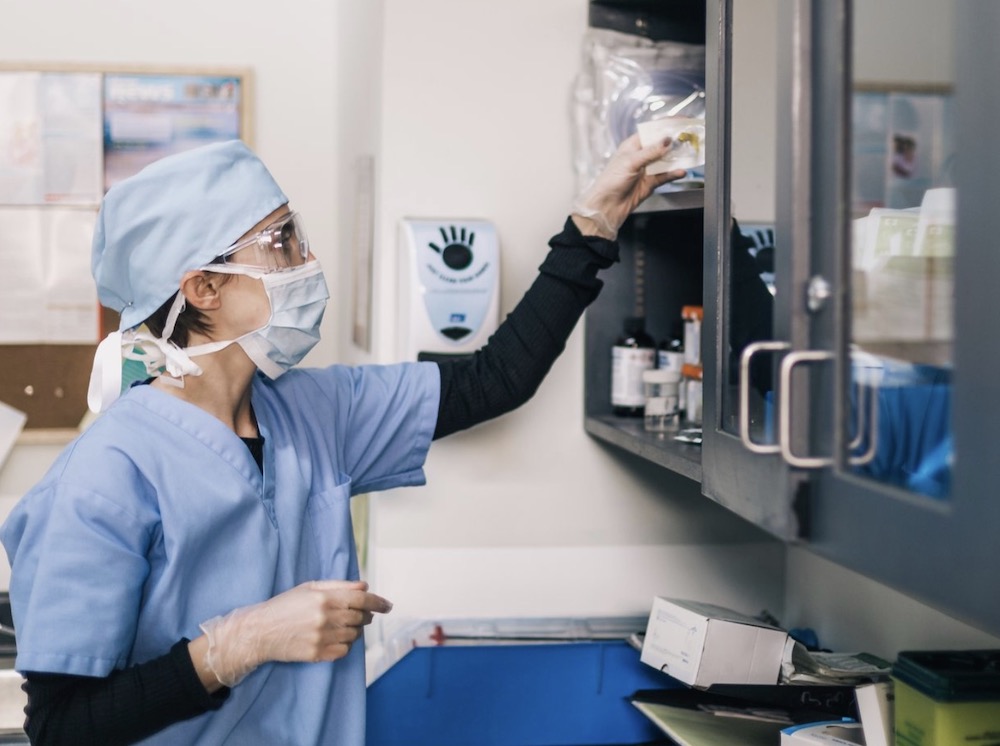 The wild west of antibody test manufacturing may be coming to an end finally, as this article from The New York Times details.  Manufacturers are being asked to show proof that their products actually work. Shocking!

The agency had come under fire from members of Congress and other groups for allowing dozens of wildly inaccurate tests to proliferate without oversight.

The Food and Drug Administration announced on Monday that companies selling coronavirus antibody tests must submit data within the next 10 days or face removal from the market. Credit…David J. Phillip/Associated Press

The Food and Drug Administration announced on Monday that companies selling coronavirus antibody tests must submit data proving accuracy within the next 10 days or face removal from the market.

The antibody tests are an effort to detect whether a person had been infected with the coronavirus, but results have been widely varied. Since mid-March, the agency has permitted dozens of manufacturers to sell the tests without providing evidence that they are accurate.

The F.D.A.’s action follows a report by more than 50 scientists, which found that only three out of 14 antibody tests gave consistently reliable results, and even the best had flaws. An evaluation by the National Institutes of Health, working with other federal health agencies, has also found “a concerning number” of commercial tests that are performing poorly, the F.D.A. said.

The agency has also been under fire from several members of Congress, with numerous lawmakers raising questions about the validity of some of the tests.

So far, little is known about whether those who became ill will develop immunity and, if so, for how long, and that leaves the value of antibody tests still uncertain. Around the globe, government and health officials have hoped that antibody tests would be a critical tool to help determine when it would be safe to lift stay-at-home restrictions and reopen businesses. The tests might also be used to identify potential donors of “convalescent plasma,” an approach in which blood plasma containing antibodies from a recovered individual is used to treat a Covid-19 patient, the F.D.A. said.

The highly infectious disease has now killed nearly 70,000 people and sickened more than 1.1 million in the United States alone.

While 12 companies have been given F.D.A. clearance to sell the antibody tests, many other products do not have agency authorization. The result has been a confusing landscape in which tests by established companies such as Abbott Laboratories, Cellex and most recently, Roche Diagnostics, are competing with unapproved tests made by unknown companies and sold by U.S. distributors with spotty track records. The F.D.A. has blocked imports of some antibody tests at the U.S. border, and has ordered some distributors to revise claims about what individuals can learn from them, or halt sales.

House Democrats Raja Krishnamoorthi, of Illinois, and Rosa DeLauro, of Connecticut, have both criticized the agency for its handling of the matter as has Representative Lloyd Doggett, Democrat of Texas.

“The administration’s original serology testing policy, which allowed tests on the market with no F.D.A. review, felt like an overreaction to the criticism they faced for their slow rollout of molecular tests,” Mr. Krishnamoorthi said. “But F.D.A. went too far, completely abrogating regulatory responsibility.”

Overseeing development of coronavirus tests has been rocky from the start, with President Trump and others urging the agency to relax rules for commercial tests. Beginning in late February, the agency came under fire for taking too long to allow private companies to get diagnostic tests for the coronavirus onto the market. Now, the F.D.A. faces additional scrutiny for permitting manufacturers to distribute the antibody tests too quickly without proof of efficacy.

“Every step this agency has taken in response to Covid-19 has been a balance of risk and benefits,” said Dr. Stephen Hahn, the F.D.A. commissioner, in a telephone call with reporters on Monday.

In a statement on Monday, Dr. Anand Shah, the F.D.A. deputy commissioner for medical and scientific affairs, and Dr. Jeffrey Shuren, director of the Center for Devices and Radiological Health, defended the agency’s initial policy, saying the tests were never intended to be used as the sole basis for determining whether anyone had been infected.

“We unfortunately see unscrupulous actors marketing fraudulent test kits and using the pandemic as an opportunity to take advantage of Americans’ anxiety,” they said in the statement. “Some test developers have falsely claimed their serology tests are F.D.A. approved or authorized. Others have falsely claimed that their tests can diagnose Covid-19 or that they are for at-home testing.”

Dr. Shah and Dr. Shuren also pointed to the N.I.H. evaluation that showed a number of tests producing faulty results. The F.D.A. declined to provide details on the number of tests that were studied, or how many did not work. They also said that the F.D.A. is reviewing more than 200 antibody tests to determine whether they work well enough to get the agency’s go-ahead.

Scott Becker, the chief executive of the Association of Public Health Laboratories, was pleased by the F.D.A.’s announcement, which he said would improve the quality of antibody tests. He also said the crackdown comes six weeks too late.

“The Food and Drug Administration made the right decision by walking back its policy on serology testing for Covid-19,” Mr. Becker said. “We’ve long been concerned that allowing tests on the market that have not been approved and authorized for use is a recipe for disaster.”

In addition, as states and cities look for ways to reopen businesses, Dr. Hahn said on Monday: “Whether a test should be a ticket for someone to go back to work as the sole item, my opinion on that would be no, because there are a lot of unanswered questions.”