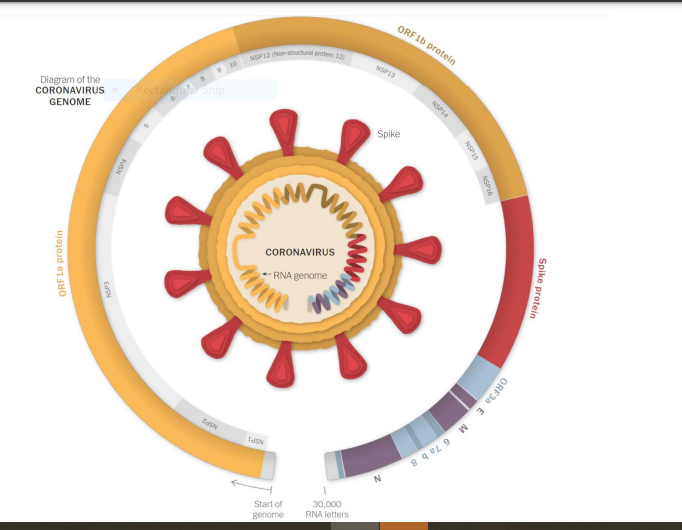 Omicron is breaking news, but it really shouldn’t come as a surprise and it is probably already here.  I think that South Africa is probably doing a better job of genetic sequencing than we are to identify variants.  The first report is an infectious disease expert’s take on this.  Following that is the report is the Texas Cares report, thanks to RB who forwarded it to me.  It is a survey of antibody levels in Texas. Some people who participated asked me to interpret their antibody levels.  I deferred since there the antibody levels measured are not neutralizing antibodies and there is no accepted level that indicates immunity from Covid 19.  It has a lot of interesting information.  The most compelling point was that people who have had Covid have much lower antibody levels than those who have been immunized.  Those with the highest antibody levels had had Covid AND had been immunized.

COVID-19 Briefing for November 27, 2021
Compiled by Dr. Ed Septimus, HCA Infectious Disease Consultant
The news of this new variant spread like wildfire on the ship! So I sat down this AM (7 AM my time) and tried
to summarize what we know so far. I included some graphs and tables which may help in presentations. In
addition if Omicron was not bad enough in term of news, the updated data from Merck on Molnupiravir was
disappointing.
What we know about the Omicron variant.
Scientists are still unclear on how effective vaccines will be against the new variant flagged by a team in South Africa,
which displays mutations that might resist neutralization. Only several dozen cases have been fully identified so far in
South Africa, Botswana, Hong Kong, Belgium and Israel.
The new variant, designated by the World Health Organization as a “variant of concern” known as Omicron, has a “very
unusual constellation of mutations,” with more than 30 in the spike protein alone,
With this many mutations it raised concerns that Omicron’s spike might be able to evade antibodies produced by either
a previous infection or a vaccine.
The variant shares similarities with the Lambda and Beta variants, which are associated with an innate evasion of
immunity, but these variants did not outcompete delta. All these things are what give scientists some concern that this
variant might have not just enhanced transmissibility, but might also be able to evade natural and/ vaccine immunity.
The new variant has largely been detected among young people, the cohort that also has the lowest vaccination rate in
South Africa. Just over a quarter of people ages 18 to 34 in South Africa are vaccinated.
Independent scientists agreed that Omicron warranted urgent attention, but also pointed out that it would take more
research to determine the extent of the threat. Although some variants of concern, like Delta, have lived up to initial
worries, others have had a limited impact.
William Hanage at the Harvard T.H. Chan School of Public Health and other researchers said that vaccines will most
likely protect against Omicron, but further studies are needed to determine how much of the shots’ effectiveness may
be reduced.
We are particularly interested in mutations that could do any of the following:
1. Increase transmissibility.
2. Escape our vaccines or infection-induced immunity; and/or
3. Increase severity (hospitalization or death).
The first case in Hong Kong is particularly interesting. This was a 36 year old, fully vaccinated (two Pfizer doses in
May/June 2021) male. He was traveling through South Africa from October 22 to November 11. Before returning to
Hong Kong, he tested negative on a PCR. As per usual, once he landed in Hong Kong he was required to quarantine. On
day 4 of quarantine (November 13), he tested positive on a PCR.
Another guest across the hallway was also infected with B.1.1.529. He was Pfizer vaccinated in May/June 2021 too. In
both of these rooms, 25 out of 87 swabs were positive for the virus.
These Hong Kong cases tell us two things:
 Confirms that COVID19 is airborne (not a surprise)
 During their PCR tests, the viral loads were very high considering they were negative on previous PCR tests. They
had a Ct value of 18 and 19 value. So, this tell us that B.1.1.529 is likely highly transmissible.
Final questions
 Does B.1.1.529 escape vaccines and natural immunity?
 Will B.1.1.529 outcompete Delta worldwide like we’re seeing in South Africa? See below
Comment: I’ve not never seen this much anxiety over the announcement of this new variant. We have much to learn
about this new variant. For now, we should be concerned but don’t panic yet. We will have results if current vaccines
can neutralize this new variant soon. Will this new strain outcompete with delta? In the meantime stay vigilant and
follow public health guidance. Gnomic sequencing is critical to pick up these new VOC as we have seen in South Africa. 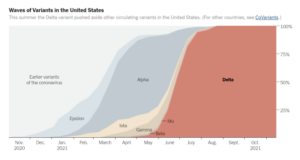 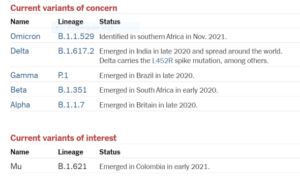 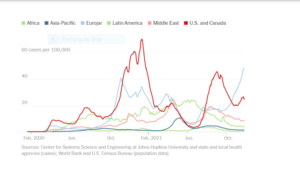 Molnupiravir.
Updated analysis by Merck found that hospitalization and death among high-risk Covid patients was
reduced by 30 percent, down from an earlier estimate of 50 percent.
Comment: Monoclonal antibody drugs, which are typically administered intravenously in the United States, have been
found to reduce hospitalizations and deaths by at least 70 percent. Pfizer’s antiviral pill, Paxlovid, which was found in a
clinical trial to cut the risk of hospitalization and death by 89 percent, could become available within weeks.
Fluvoxamine, a common and inexpensive antidepressant, appears to be as effective and perhaps more effective than
molnupiravir.
Ed Septimus, MD, FACP, FIDSA, FSHEA
Therapeutics Research and Infectious Disease Epidemiology, Department of Population Medicine
Harvard Medical School & Harvard Pilgrim Health Care Institute
eseptimus@gmail.com
Texas A&M College of Medicine
Houston, Texas

Here is a link to the Texas Cares Report.  https://sph.uth.edu/projects/texascares/docs/TexasCARES%20-%20October%20Report.pdf

Here are the key points:

Fully vaccinated participants show significantly higher antibody levels as compared to
those with a natural infection only. Therefore, if you have tested positive for the virus,
with or without symptoms, it is still important that you get the COVID vaccination in
order to enjoy the highest level of antibody protection against re-infection.

WHAT CAN YOU DO ABOUT OMICRON? IF YOU ARE UNVACCINATED GET VACCINATED.  IF YOU ARE VACCINATED, GET A BOOSTER.  THIS HAS THE POTENTIAL TO BE VERY CONTAGIOUS.