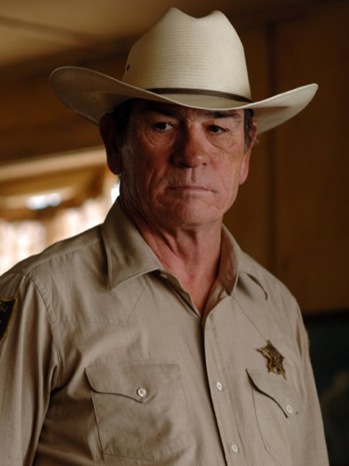 “It’s a mess, aint it Sheriff?

If it aint it’ll do till a mess gets here.”

This is my favorite line from that movie.  It applies to the recent guidelines on Covid 19 boosters.

Here’s the short version.  How we got there was more arduous as the article from today’s Wall Street Journal delineates. The ACIP did not recommend giving boosters to individuals whose occupation put them at higher risk.

The Biden administration publicly touted its plan to roll out Covid-19 boosters to almost all the fully vaccinated during the week of Sept. 20, saying data from Israel supported the approach. Yet behind the scenes, federal regulators tasked with clearing boosters and recommending who should get them were locked in a pitched battle over whether the data supported the plan, according to people familiar with the matter. Some regulators argued that only certain vulnerable groups such as seniors needed an additional shot and that the decision-making timeline was too rushed, the people said. The dissenters also bristled at the Biden administration’s declaration, in August, that 9/25/21, boosters would be widely available if authorized by the Food and Drug Administration and recommended by the Centers for Disease Control and Prevention, arguing it put pressure on the agencies to follow the announced course, the people said. Most recently, late Thursday, CDC Director Rochelle Walensky took the unusual step of overruling agency advisers and recommended nurses, teachers and other workers at high risk of exposure should get an additional shot, as well as a swath of Americans who are seniors or have underlying medical conditions that the advisers backed. The disagreements have complicated the rollout of the boosters, a linchpin of the Biden administration’s response to surging Covid-19 cases due to the contagious Delta variant. As pharmacies gear up to deliver the extra shots, however, some administration officials said they are concerned the public disputes will confuse people who expected from the administration’s announcement there would be broad access to the shots, according to two people familiar with the planning. The disputes may also deter some people from getting boosters that promise to rein in Delta’s spread, the people said. “This has not been done according to the rules. It started in Washington with the president’s announcement,” while such matters usually work their way up from the FDA to CDC, said Dr. William Schaffner, a nonvoting member of the CDC’s vaccine advisory panel and chairman of the department of preventive medicine at Vanderbilt University School of Medicine. “This has been confusing all along.” The backlash surprised some in the Biden administration who say that data for a wider rollout was convincing and that the plan’s announcement was necessary for keeping the public informed and properly preparing for a potential launch of booster shots, a considerable undertaking. “A lot of people were saying, ‘We’re making a decision,’ ” said Anthony Fauci, director of the National Institute of Allergy and Infectious Diseases who was involved in the administration’s deliberations. “We weren’t. We were making a plan.” He said that at the end of the day nothing would happen if regulators didn’t sign off. The Biden administration booster plan played a role in the decisions by two top career scientists at the FDA to announce they were leaving the agency, according to people familiar with the resignations. Some experts advising the FDA and CDC also pushed back against broad use of boosters. In overruling the CDC’s advisers, Dr. Walensky believed the clinical data supporting use by the front-line workers was compelling and the benefits outweighed the risks, according to a person familiar with the decision. White House press secretary Jen Psaki has said the administration decided to pursue boosters, without political interference, to be prepared to give out the shots if the scientific evidence supported their use. “I’ve made clear all along, the decision of which booster shot to give, when to start the shot and who will get them is left to the scientists and the doctors. That’s what happened here,” President Biden said on Friday. Boosters are used to bolster the immune defenses of people who have been vaccinated against certain infectious diseases such as Tetanus, measles and hepatitis A and B. The vaccine-induced molecular defenses can wane over time, prompting need for an additional shot to increase a person’s virus-fighting readiness. Federal health officials have long said boosters could be necessary and an additional shot may offer long-term protection. The introduction of Covid-19 vaccines was so fast that researchers didn’t have time to gather evidence on how long they would last or the ideal number of doses. From early on, it was unclear when or how a move to boosters might be advisable. When Pfizer Inc. and partner BioNTech SE said in July they planned to seek authorization from the FDA for an additional dose, the agency and Centers for Disease Control and Prevention issued a statement saying, “Americans who have been fully vaccinated do not need a booster shot at this time.” Then Delta swept across the U.S. The strain increased infections and overwhelmed hospitals just as governments were easing restrictions and people were dropping precautions. The U.S. averaged more than 100,000 new cases a day in mid-August, up from more than 10,000 cases a day in the first week of June. New data also was coming from Israel, including results that showed infection was lower in the elderly who were given a booster. Data on rhesus macaques who had gotten a booster showed they had far higher levels of neutralizing antibodies titers. Especially alarming to federal health officials, they said, were reports of so-called breakthrough infections among those who had been fully vaccinated. Vaccines were Pfizer and partner BioNTech said in July they planned to seek authorization from the FDA for an additional vaccine dose, but the agency and Centers for Disease Control and Prevention said, ‘Americans who have been fully vaccinated do not need a booster shot at this time.’

U.S. Surgeon General Vivek Murthy and Dr. Fauci said they became convinced about the urgent need for boosters. “We were seeing diminution with CDC data, and we knew Israeli was confirming,” Dr. Fauci said. “What would the general public have said if we hadn’t said anything? There would be a major backlash.” In mid-August, they assembled the top medical members of the White House Covid-19 team for a virtual call reassessing the need for boosters. The call started about 7 p.m., with a discussion of the surge in cases driven by the contagious Delta strain and data from Israel and other sources. Among those dialing in were CDC’s Dr. Walensky, FDA Acting Commissioner Janet Woodcock and Dr. David Kessler, the chief science officer of the White House Covid-19 response team. “The protection against moderate infection, we were worried it would break down,” Dr. Murthy said. “You can’t flip a switch, you need to do planning with states, it’s a whole operation. This was always contingent on FDA review.” The group agreed on the need to act fast, people familiar with the discussion said, because some elderly and healthcare workers had received vaccinations in December and January. Some studies indicated vaccine efficacy fell somewhat after six months. More breakthrough infections were already cropping up. The eight participants agreed to sign a statement saying boosters would likely be needed. The call for boosters was among several announcements issued by the Biden administration, on Aug. 18, aimed at curbing Delta’s spread.

While there was consensus among the officials that boosters were necessary, FDA staff clashed inside the agency over how quickly the agency could authorize the shots and who should get them, according to people familiar with the agency’s deliberations. “Current evidence does not, therefore, appear to show a need for boosting in the general population, in which efficacy against severe disease remains high,” Marion Gruber and Phillip Krause, the career FDA scientists who announced in late August they will leave the agency, wrote in the Lancet medical journal. The scientists didn’t respond to requests for comment. Early this month, Dr. Woodcock and Dr. Walensky asked the White House to push back the timetable for a booster campaign. The leaders also said they would tackle Pfizer’s booster first, then take more time to review extra doses of Moderna Inc. and Johnson & Johnson vaccines. The FDA’s outside advisers, in a meeting last week, said they didn’t find evidence supporting broad use. “The studies that have been published in the United States so far have shown that the vaccines that we use do exactly” what they were supposed to: protect against severe disease, said Dr. Paul Offit, an infectious-disease specialist who is on the FDA’s vaccine advisory committee. The FDA on Wednesday authorized additional doses but to select groups, including seniors and people at high risk of severe Covid-19. It also cleared them for occupations with high risk of exposure like healthcare workers, teachers and grocerystore staff. The CDC’s advisers, who make up the Advisory Committee on Immunization Practices, on Thursday endorsed shots for seniors and many adults with underlying medical conditions like asthma and diabetes, but recommended against giving the shots to the front-line workers. Late that night, Dr. Walensky overruled the committee’s stance on front-line workers and endorsed boosters for that group. The closeness of the panel’s vote on giving the shots to the workers was a factor, along with her view that the data supported offering boosters to the workers, the person familiar with the decision said. “It was a decision about providing rather than withholding access,” Dr. Walensky told reporters Friday. Under the decision, some 60 million people in the U.S. are or will be eligible for a PfizerBioNTech booster depending on when they pass the six-month mark after their second dose, according to the White House. The numbers approach the Biden administration’s original goal for the booster plan, a White House official said, though the figures aren’t close to the more than 182 million people in the U.S. who are fully vaccinated. The administration could have avoided public disagreements and resulting confusion if it had waited for stronger evidence on booster use before making the August announcement, said Walid Gellad, a drug-policy researcher at the University of Pittsburgh School of Medicine. “Everyone is seeing the debate play out in public partly because the administration was too quick to say, ’This is what’s going to happen,’ ” he said. The debate is still playing out inside the FDA, according to people familiar with its deliberations. Some agency staff support expanding the Pfizer-BioNTech booster authorization further. Additional safety data could come in the next few weeks, a person familiar with the matter said. —Sabrina Siddiqui, Jared S. Hopkins and Felicia Schwartz contributed to this article.