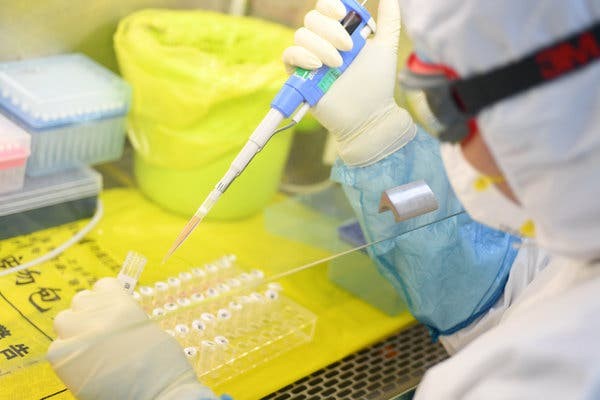 I am sometimes asked by patients if they should have their antibody levels against Covid 19 checked.  The answer is usually “No” as there is no level of antibodies that confers protection. Immunity to Covid 19 is not just about antibody levels. Here is a timely article from JAMA, the Journal of the American Medical Association, that goes over  the flaws in the rationale of antibody testing.  If someone tells you that they didn’t get immunized against Covid 19 or didn’t get a booster because their physician measured their antibody levels and determined that they didn’t need one, send them this article.  They may be due for a change.  As I have said throughout the pandemic, “You can’t make good decisions with bad information.”

The Flawed Science of Antibody Testing for SARS-CoV-2 Immunity

Early in the COVID-19 pandemic, developers designed SARS-CoV-2 antibody tests to detect whether people had been infected. Some experts thought the blood tests eventually would help to ease lockdowns. One idea was that those with antibodies likely would be immune to reinfection at least temporarily, allowing them to reenter society without putting themselves or others at risk.

But as the pandemic unfolded, the concept of an immunity passport based on having antibodies didn’t pan out. The early consumer tests’ accuracy was unproven, making the results somewhat dubious. More fundamentally, the so-called correlates of protection were unknown. Which specific antibodies guarded against SARS-CoV-2 reinfection? How high did their levels need to be? And how long would they provide a reliable defense?

As the assays’ usefulness for individual patients became less clear and testing for active infections expanded, the public’s clamor for antibody testing waned. But for some, the arrival of COVID-19 vaccines revived their interest in serology. Could a simple blood test reveal whether the vaccine was working or, later, if it was time for a booster shot?

No, says the US Food and Drug Administration (FDA), which discouraged antibody testing as a do-it-yourself immunity check in a communication to the public and clinicians this past spring. A spokesperson for the agency reiterated the position in an email to JAMA in September.

Yet many aren’t heeding the advice. A recent New York Times article described concierge clinicians who regularly test their clients for SARS-CoV-2 antibodies. And Florida-based Epitome Risk Solutions promises that the direct-to-consumer SARS-CoV-2 serology assay it sells for $170 “correctly identifies the number of neutralizing antibodies you have with 100% specificity” so that in “24-48 hours you’ll know if your immune system is still protecting you from COVID” after vaccination or infection.

Elitza Theel, PhD, director of the Mayo Clinic’s Infectious Diseases Serology Laboratory, confirmed the worrisome trend. “I am aware of individuals getting tested just to see if they’ve ‘reacted’ to the vaccine or if they have ‘immunity,’ despite our best efforts to educate,” she wrote in an email.

The SARS-CoV-2 serology tests that eventually received FDA Emergency Use Authorization (EUA) have demonstrated high sensitivity and specificity, but that accuracy is for detecting antibodies. Their ability to predict protection against the virus based on those antibodies hasn’t been proven. Plus, the FDA cautioned that some tests detect antibodies the immune system likely produces only after natural infection with the virus. Depending on the assay, people who weren’t previously infected could test negative for antibodies despite having vaccine–induced immunity.

Therefore, the agency in its May 19 communication stated that “results from currently authorized SARS-CoV-2 antibody tests should not be used to evaluate a person’s level of immunity or protection from COVID-19 at any time, and especially after the person received a COVID-19 vaccination.”

The problem isn’t simply that the tests weren’t designed to assess immunity, experts told JAMA. It’s also that the protective antibodies and their thresholds still haven’t been fully worked out.

In an email, Nicole Doria-Rose, PhD, a staff scientist and chief of the Humoral Immunology Core at the National Institutes of Health’s Vaccine Research Center, noted that antibodies that bind to the SARS-CoV-2 spike protein—particularly neutralizing antibodies—“do correlate with protection.” For example, higher titers were associated with increased protection in 2 phase 3 studies: one not yet peer-reviewed of the mRNA-1273 (Moderna) vaccine and another of the ChAdOx1 nCoV-19 (Oxford/AstraZeneca) vaccine. Still, she wrote, “it’s not a simple relationship—there is no clear titer at which you can say whether a particular person is protected.” What’s more, different neutralizing antibody thresholds, or even different immune responses altogether, may correlate with protection against asymptomatic, symptomatic, or severe disease.

Theel pointed to a recent study of breakthrough infections among 1497 fully vaccinated health care workers in Israel. The 39 workers who became infected after receiving their second dose of the BNT162b2 (Pfizer-BioNTech) vaccine had lower neutralizing antibody levels than their uninfected colleagues. Although antibody levels were associated with protection, the researchers were unable to pinpoint a threshold. None of the cases was severe, but antibodies obviously weren’t foolproof against the virus.

Meanwhile, the laboratory tests haven’t been standardized. “That’s a problem when people say, ‘Okay, I want to go see if I should get a booster or not,’” Theel said. Some SARS-CoV-2 serology assays simply give a positive or negative result, without antibody values. Those that are quantitative use varying methods, detect different antibody classes, and report values using different units of measurement.

According to Theel, if and when correlates and thresholds of protection are determined, the tests will need to be standardized and calibrated, as has been done with antibody tests for other vaccine-preventable diseases, including tetanus, diphtheria, and measles. So far, only one commercially available SARS-CoV-2 antibody test, from Ortho-Clinical Diagnostics, has been calibrated to the World Health Organization’s reference standard, she said.

What’s more, all antibodies bind but only some neutralize, and almost none of the authorized clinical tests distinguish between them. Although some studies have shown a correlation between levels of binding and neutralizing antibodies, they’re still an imperfect match.

Doria-Rose noted that measuring neutralizing antibodies requires a complex test that is run in only a few laboratories and hasn’t been scaled up for diagnostic use. The test sold through Epitome Risk Solutions’ subsidiary, FourthWall Testing, appeared to be an at-home version of the FDA-authorized GenScript cPass SARS-CoV-2 Neutralization Antibody Detection Kit, a surrogate assay that indirectly measures neutralizing antibodies. According to an FDA spokesperson, the cPass test does not have authorization for sample collection at home. And despite Epitome’s marketing hype, GenScript states that customers “should not interpret the results of this test as an indication or degree of immunity or protection from reinfection.”

For Paul Offit, MD, director of the Vaccine Education Center at Children’s Hospital of Philadelphia, there’s another strong argument against using blood tests to assess whether individual patients are protected: circulating antibodies don’t give a complete picture of SARS-CoV-2 immunity.

“The immunological component that is associated with protection against severe disease is immunological memory B cells,” Offit said in an interview. “These cells aren’t making antibodies, but they remember that they have seen this SARS-CoV-2 spike protein before.”

Theel noted that circulating antibodies against the virus peak 2 or 3 months after natural infection or vaccination and then begin to decrease. But the immune system’s ability to mount a defense lasts longer. “Just because we’re seeing a decrease in antibody levels doesn’t necessarily mean that your immunity is gone,” she said. “We know from a lot of studies now that your memory T cells and memory B cells persist for at least 6 to 8 months and continue to evolve and mature, and none of that information is relayed by an antibody test.”

Offit explained that reinfection with the virus activates memory B cells to differentiate into antibody-secreting cells. Because this process can take 3 to 5 days, it doesn’t stop SARS-CoV-2 infections from occurring, but it does help tamp down severe COVID-19. And that’s a success story, in his view: “The goal of the vaccine is to protect you against serious illness.”

So far, it has. Although data suggest that mRNA vaccine–induced protection against infection and symptomatic illness is decreasing in the US, the shots continue to prevent serious disease, hospitalization, and death.

The data seem to contradict a widely reported rise in hospitalizations among vaccinated individuals in Israel. But according to Offit, Israel’s COVID-19 hospitalization trends can’t be applied directly to the US. “They do have a different definition to some extent for what they consider severe,” he said. “It’s less rigid than ours.”

Offit served on the FDA vaccine advisory committee that recommended against a booster dose for most adults who received the BNT162b2 vaccine. For now, a booster is only authorized for people with the greatest risk of severe illness: adults aged 65 years or older and adults who have certain underlying medical conditions, live or work in high-risk settings, or live in long-term care facilities. (People who are moderately to severely immunocompromised and received the BNT162b2 or mRNA-1273 vaccine should get an additional dose, according to the CDC.)

Offit said that as antibodies wane, susceptibility to asymptomatic or milder infections increases. In a recent US study, the BNT162b2 vaccine was 93% effective against hospitalizations with the Delta (B.1.617.2) variant after 6 months, but its effectiveness against Delta variant infections overall fell from 93% in the first month after full vaccination to 53% after 4 months. The authors attributed the reduction mainly to waning immunity rather than the variant’s escape from vaccine protection.

Offit acknowledged that any infection can be disruptive but pointed out the impracticality of using periodic boosters to keep neutralizing antibodies high. He said that’s akin to “rolling the stone up the hill only to have it come back again.”

And like Theel, he knows that some infections will still break through. “You can have a robust or high level of virus neutralizing antibodies in your circulation,” he said. “That’s not going to prevent the virus from attaching to your nose and beginning to reproduce itself. That’s an asymptomatic infection.”

Managing expectations for COVID-19 vaccines may be in order. “I think there was maybe an initial misunderstanding amongst the public that this would just halt all infections, and that’s just not the case,” Theel said. Ultimately, her advice for avoiding a SARS-CoV-2 infection in the first place comes down to a now-familiar combination of measures: “getting vaccinated, frequently washing your hands, wearing a mask, and avoiding high congregate in-door settings, particularly in areas that have high case rates.”

Conflict of Interest Disclosures: Dr Theel reported serving as an advisory board member or consultant for Roche Diagnostics, Euroimmun US, Serimmune Inc, and Ortho-Clinical Diagnostics. Drs Doria-Rose and Offit reported no disclosures.